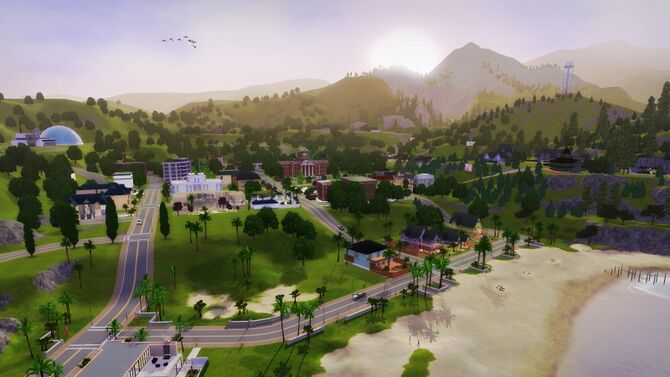 Adventureland is a world in The Sims 3: World Adventures that only appears if World Adventures is downloaded via Origin after the release of patch 69. It is based on the base game neighborhood Sunset Valley, sharing the same description and image. Only two Sims live in it, including the graveyard, which has all graves replaced with generic "remains" items. Unlike the "remains" graves that can be purchased through the BuyDebug cheat, which will all appear as death by fire unless cheats are used, these graves all show death by old age.

Retrieved from "https://www.thesimswiki.com/w/index.php?title=Adventureland&oldid=927395"
Categories:
Cookies help us deliver our services. By using our services, you agree to our use of cookies.