The Atkins household are a pre-made family residing in Bridgeport. The family consists of two twin sisters, Hyacinth Atkins and Violet Atkins. Violet has a townie son named Ryan Atkins and grandson named Jett Atkins who lives with them in a small Penthouse.

Hyacinth also has a daughter living with the Cook family, as an esthetician. Curiously, Hyacinth and Violet share most of their features, their preferences, clothes, traits, facial and body features. They are almost identical, though slightly different. 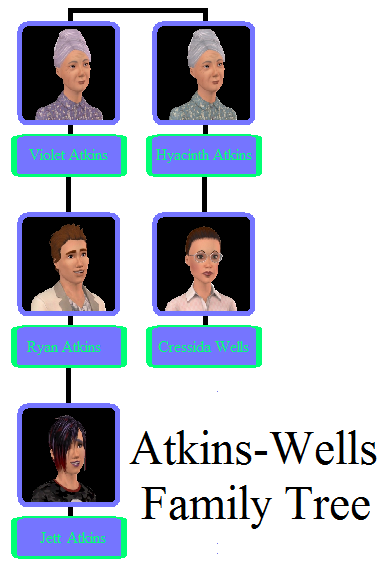 Retrieved from "https://www.thesimswiki.com/w/index.php?title=Atkins_family&oldid=963166"
Categories:
Hidden category:
Cookies help us deliver our services. By using our services, you agree to our use of cookies.