Look no further than Amar the robot if you're looking for quality appliances for your home at an unbelievable price!

Amar's Appliances is a community lot in SimVille, owned by Amar Newbie.

The following was posted to ModTheSims on March 14, 2018. The original post can be found here.

One time I was reading a The Sims 1 fan site, and one of the "complaints" the author wrote was how impersonal and unrealistic buying stuff like furniture and appliances seemed. "At least have the Sims go to a store and have them select and buy the stuff there?" I think it wrote.

I don't know if that person stayed with The Sims 2 long enough to see Open for Business come out (A lot of TS1 people abandoned the series after TS2 came out), but if they did, their prayers were answered... at least partially! With player-owned businesses, Sims could now actually go shopping for their furniture and appliances rather than just get it from the buy mode catalog!

While I'm not playing any challenges that requires me to only get stuff from player-owned businesses, I still wanted to have shops of the like in SimVille. With Amar having his second lifetime want being "Own 5 Top-Level Businesses", he decided to get cracking at that and opened up four businesses after he founded Amar's Hangout: Amar's Restaurant, Amar's Clothing & Instruments, Amar's Flowers & Craftables... and Amar's Appliances! 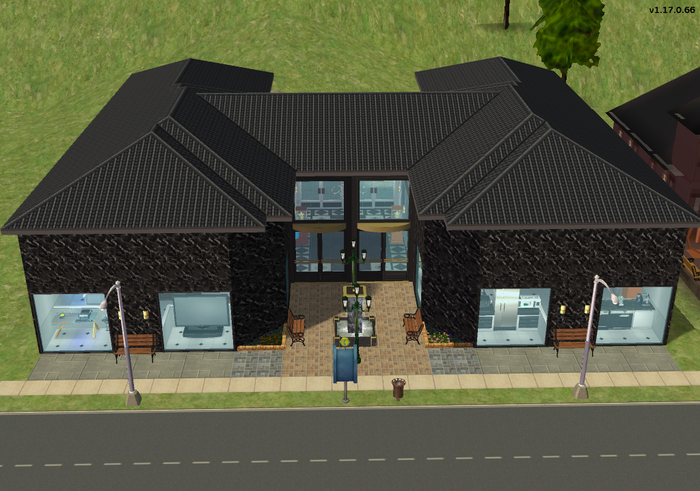 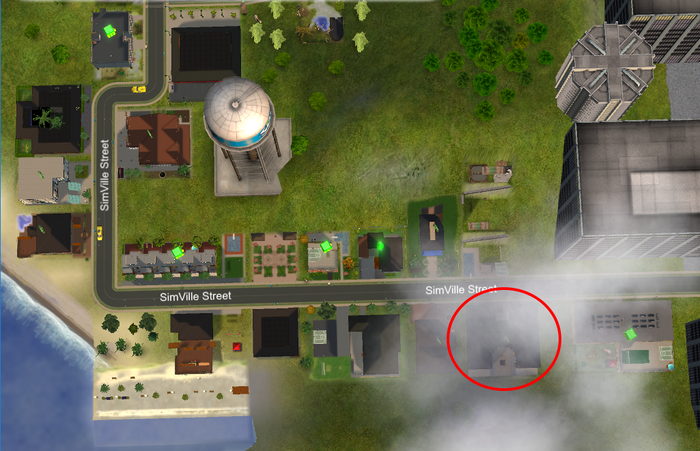 Look no further than Amar the robot if you're looking for quality appliances for your home at an unbelievable price!

With prime real estate starting to become a serious premium by the time Amar opened up his home appliances store, Amar was prepared to take on a serious beating. He had to give customers the incentive to spend more at his appliance store for stuff they could get cheaper (and sooner) from the buy mode catalog, and to do that, he was going to have to spend thousands on a beautiful building, excellent employees, and an extravagant experience. Critics who first walked into the store commented about how it "looked nothing like a traditional home hardware store" and that it looked like a "mansion in the making". One reviewer said that he felt that "Amar went a little overboard with this one" but nevertheless liked the design of the store. Indeed, customers that enter are not greeted with any appliances, but rather a fountain, a foyer with a marvelous two-storey chandelier hanging from the ceiling, and a large door overlooking the hills of SimVille that dwarf over the shop from behind. 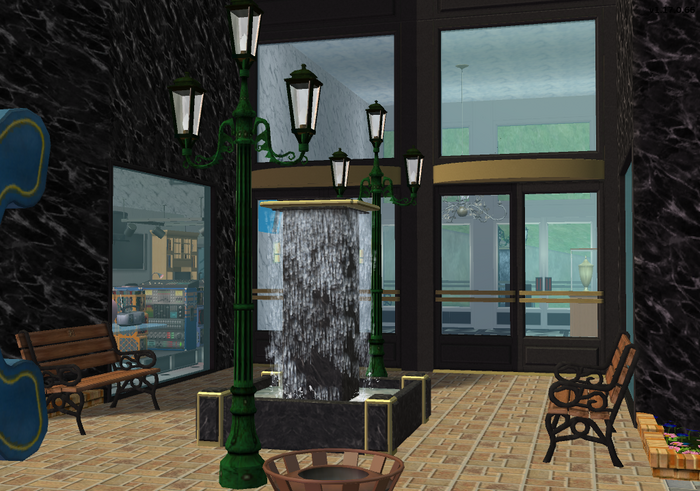 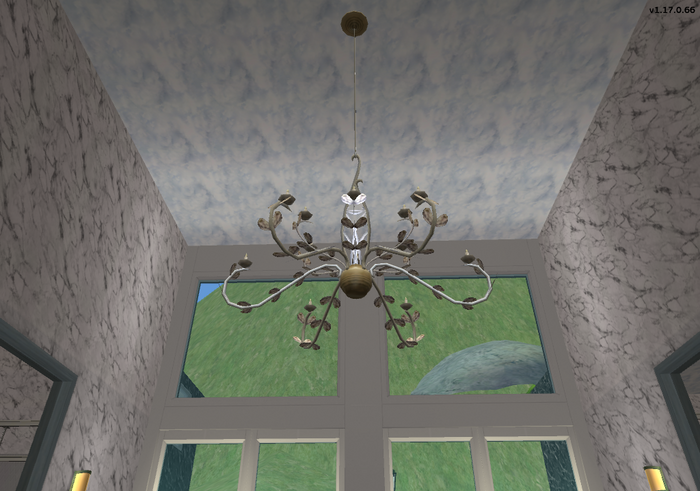 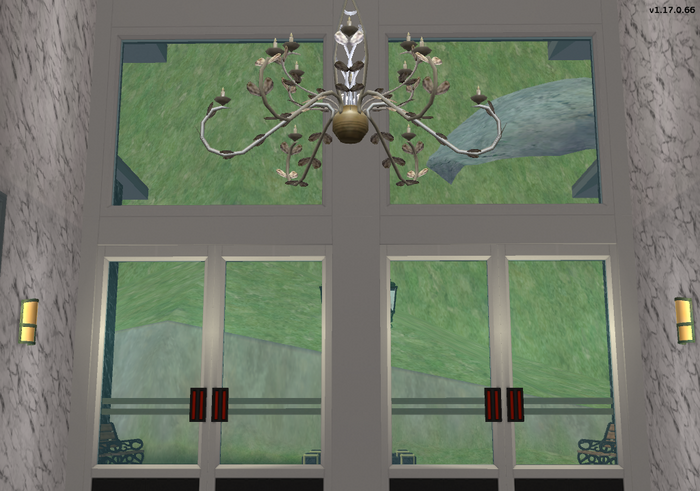 From the foyer are the choices of two different "wings" of the building, each selling different categories of stuff for your home. 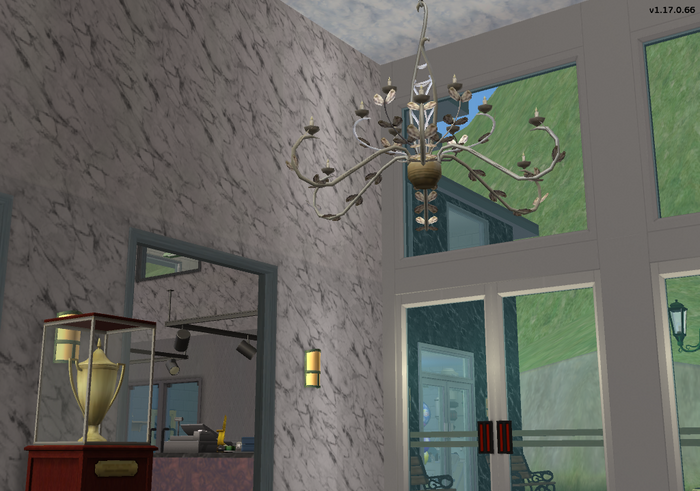 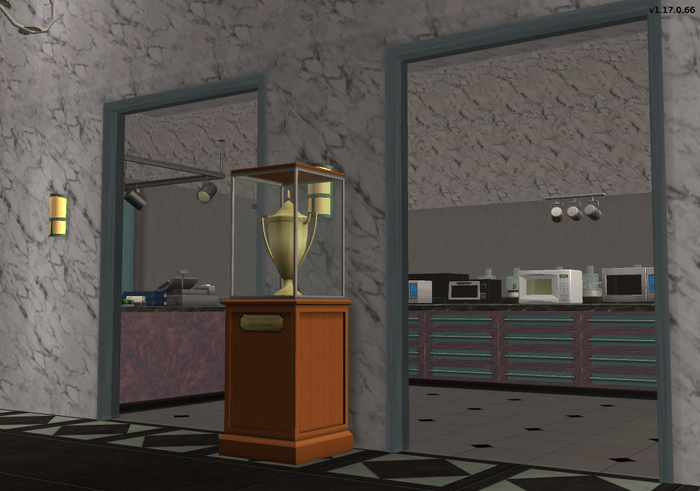 The south wing of the building is where all of the electronics are sold. Things like TVs, computers, stereos, and even remote controlled vehicles can be found here. 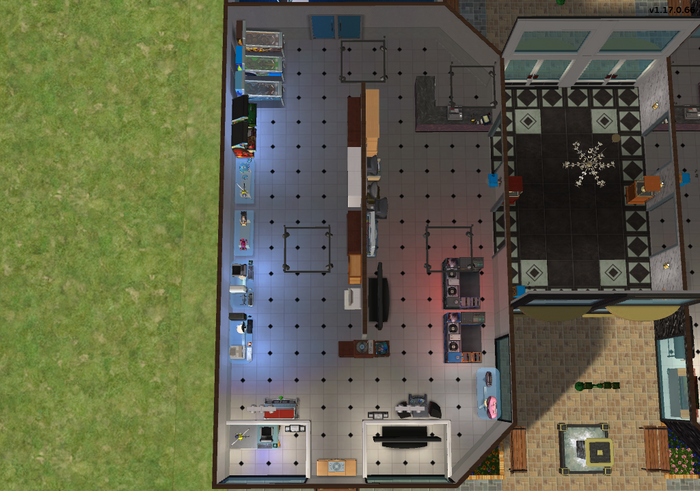 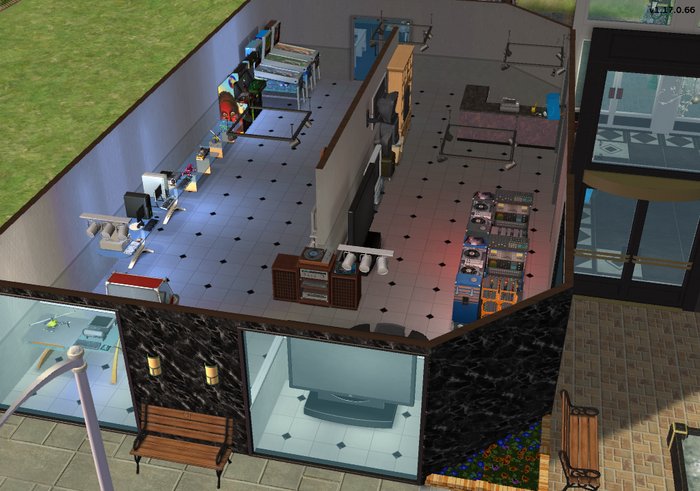 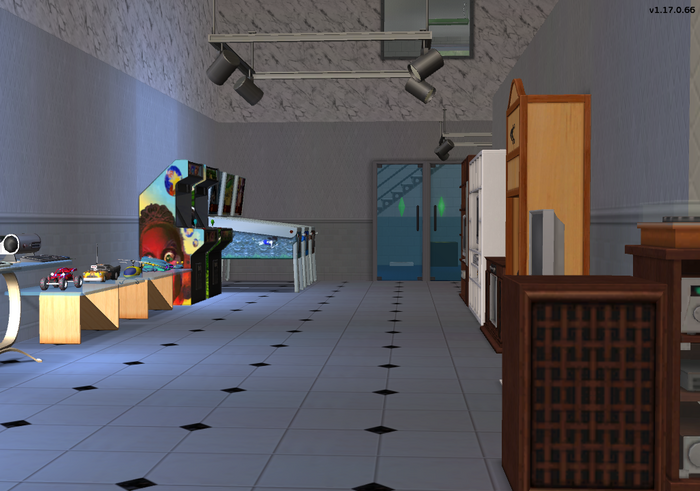 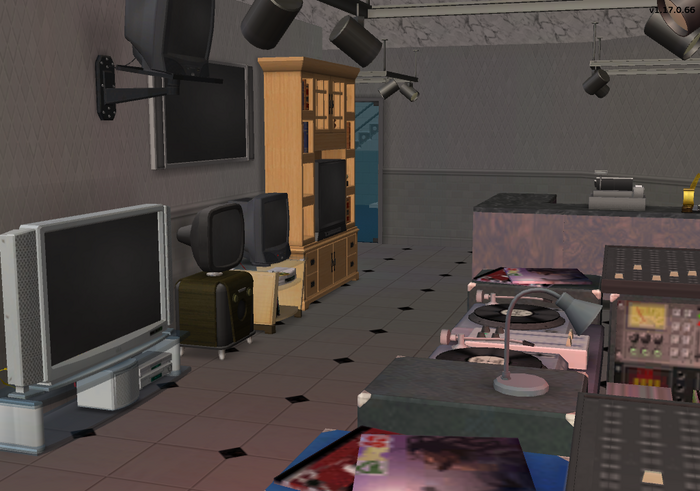 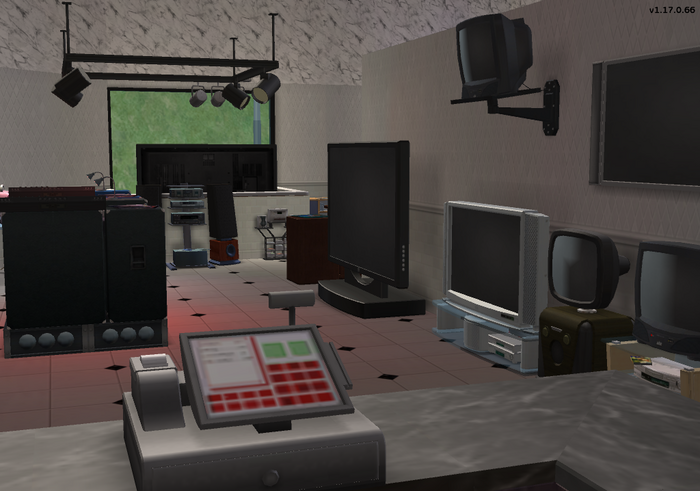 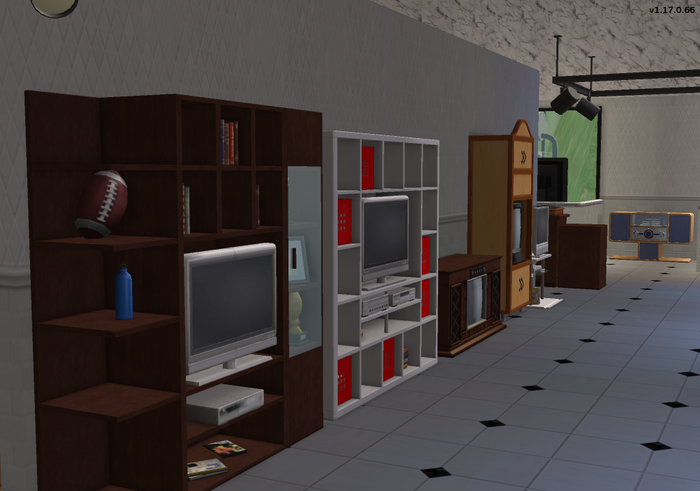 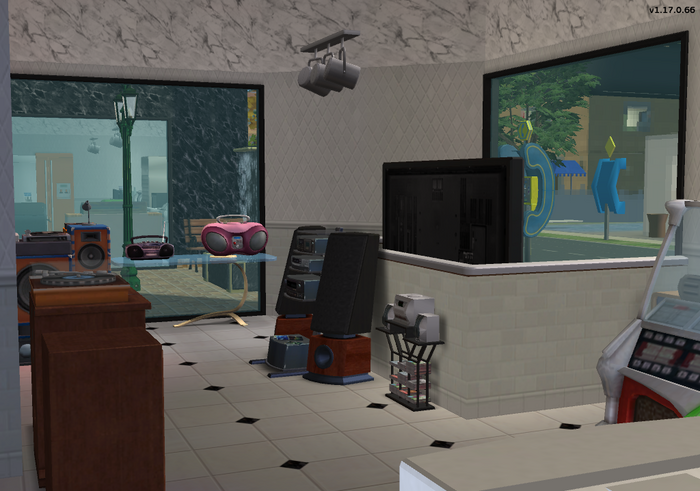 The north wing of the building sells kitchen appliances, both large and small. Dishwashers, trash compactors, stoves, fridges, food processors—you name it! Although they are not technically found in the kitchen (Unless you want an indoor fire!), Amar also sells outdoor grills and barbeques. 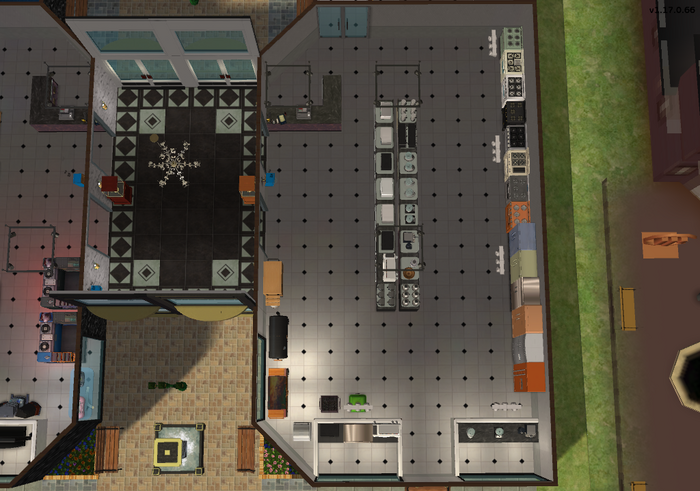 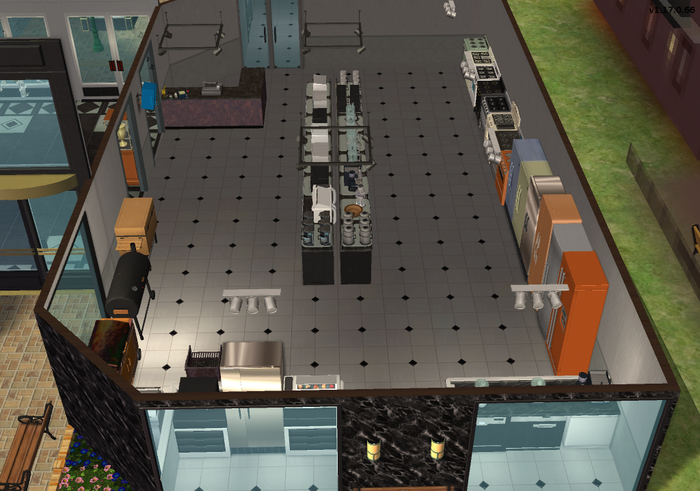 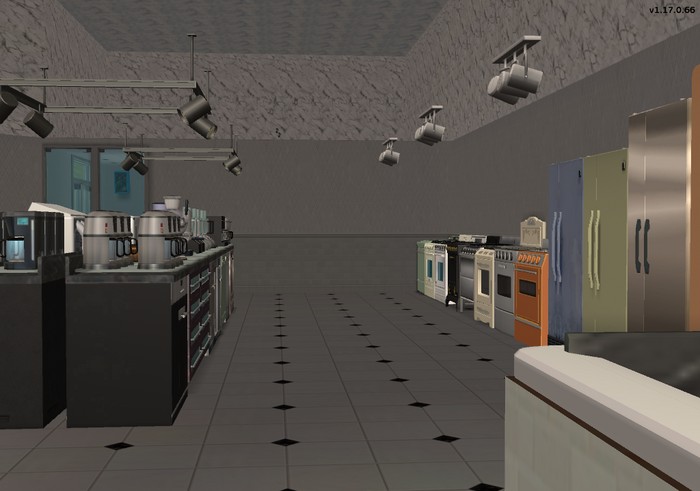 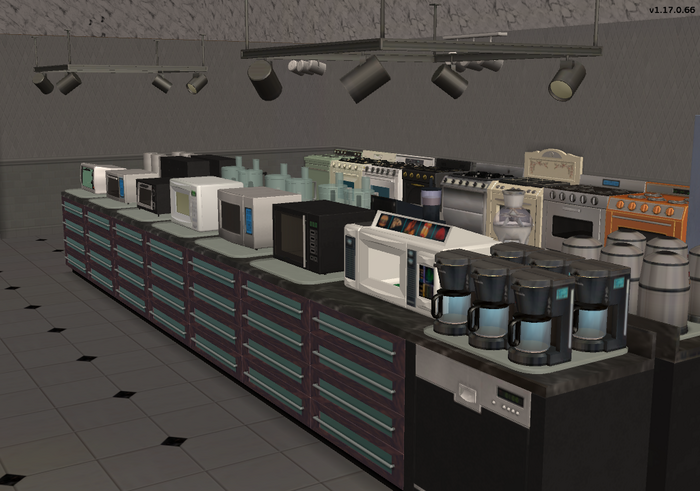 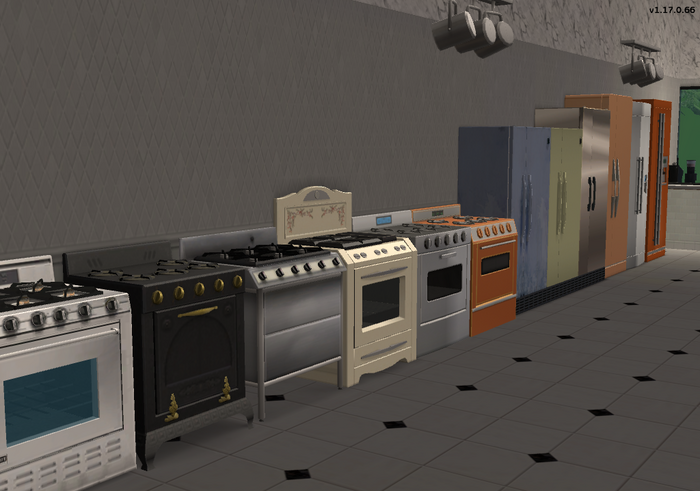 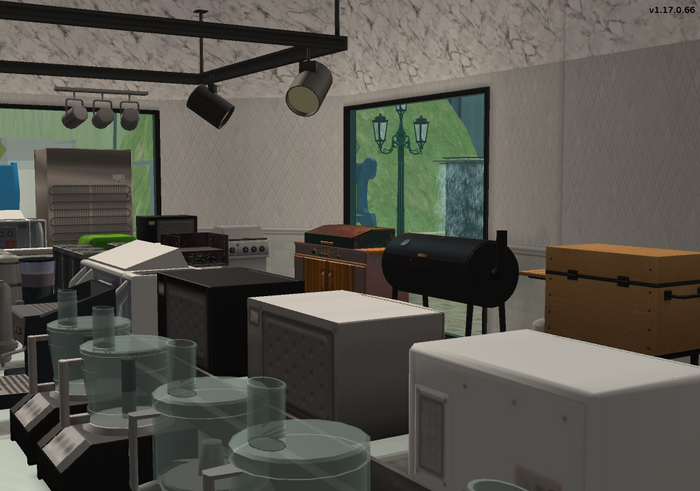 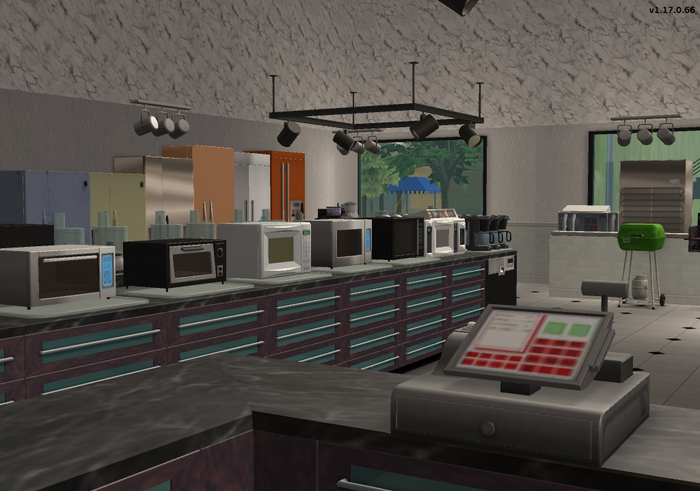 From the foyer and out the rear doors is another fountain and some benches. It's nice for a little gathering spot for groups, I suppose, which is interesting given how this is an appliance store and not a hangout venue. Still, guests appreciate the environment here and they're happy that Amar spent the money on this. 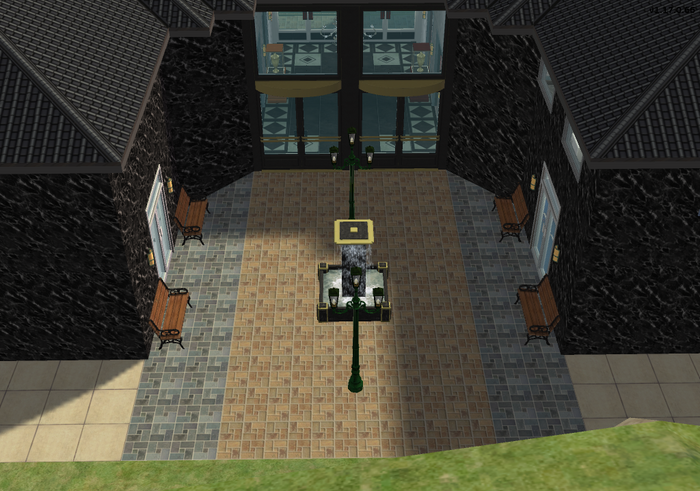 On the north side of this plaza are the public bathrooms. 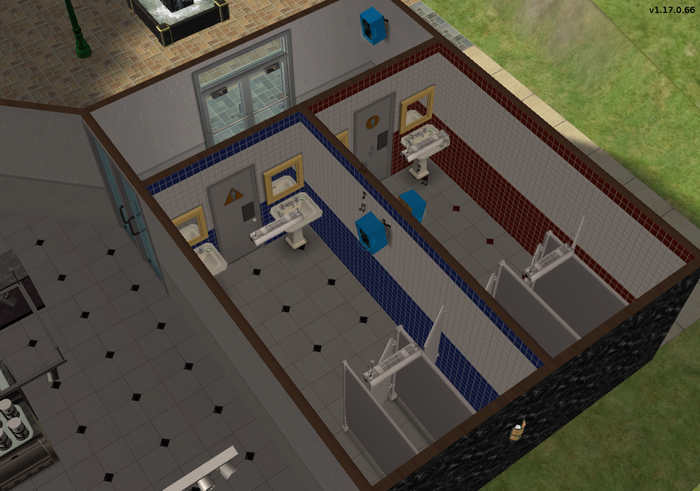 On the south side is the (useless) office, mostly used to contain debugging objects for my totally honest gaming. 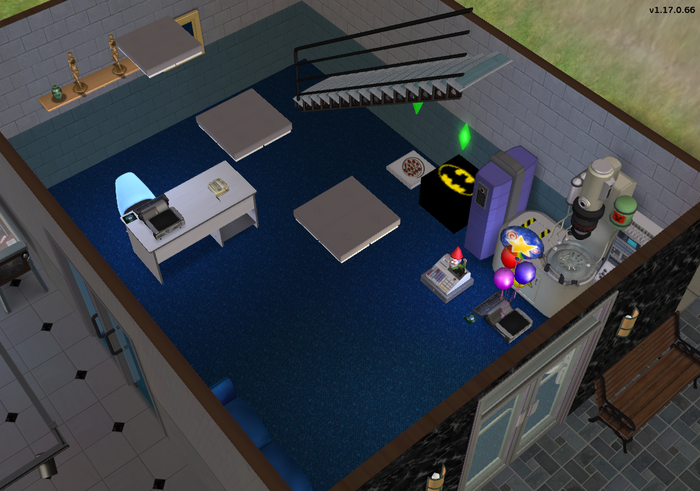 The stairs in the office lead up to the employee break room, which has a fridge, a microwave, some tables and chairs, a couch, and a window that looks over the electronics wing. 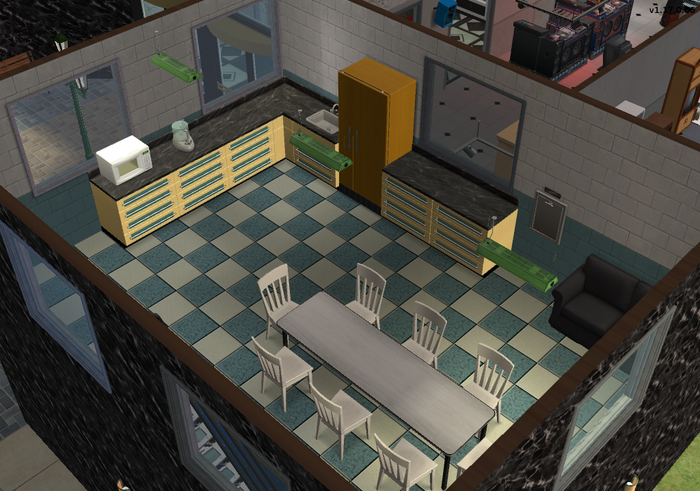 You can watch all the customers go shopping! 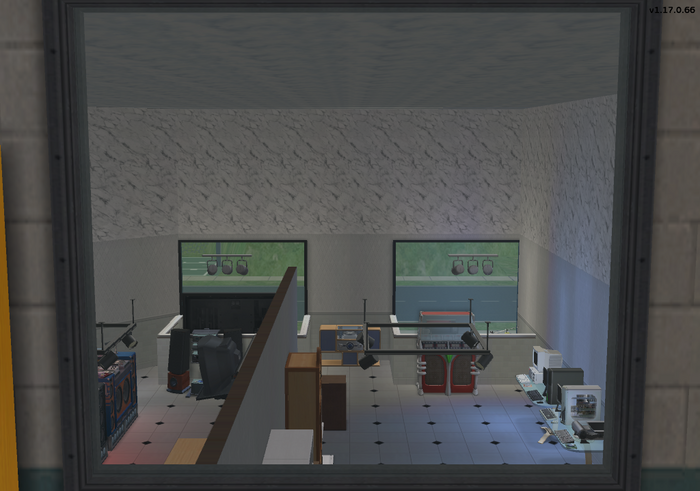 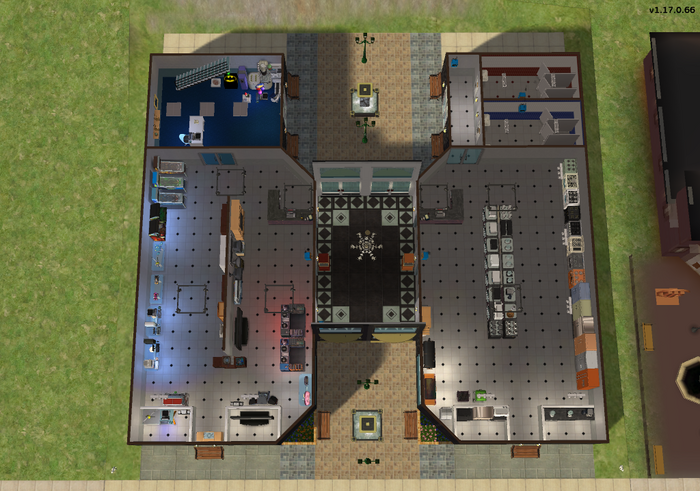 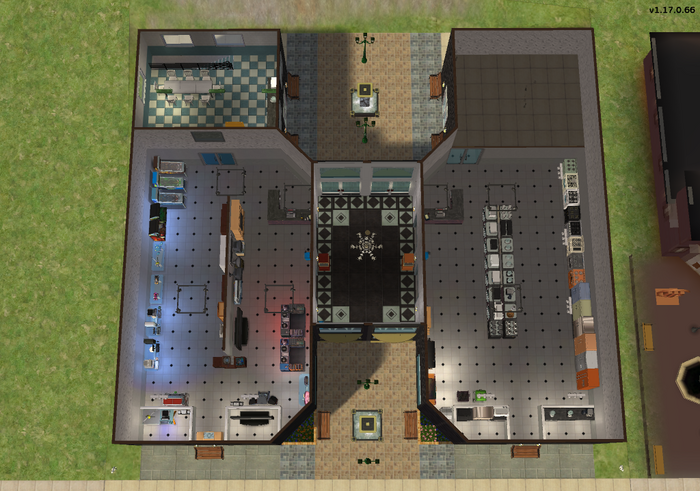 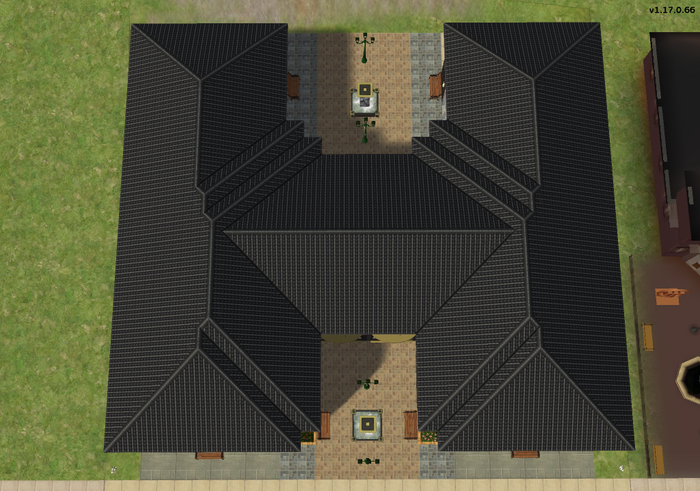 Though it does seem a little over-the-top for an appliance store, keep in mind that Amar Newbie is rather filthy stinking rich, and a fancy appliance store is just one of the many ways he shows off his wealth. Sure, Amar may have the guise of "giving back to the community" with his businesses, but some of the poorer Sims in the town aren't too pleased with his empire, thinking that it still seems to cater mostly to the elite... or at least, those who can pay for it. While they may be misinformed in that regard (Amar's Appliances ran up several months of net losses before it was able to stabilize its income), truth be told that Amar's friends aren't as close to him as close friends should be, and neither are the customers he serves.

Retrieved from "https://www.thesimswiki.com/w/index.php?title=Fanon:Amar%27s_Appliances&oldid=240782"
Categories:
Hidden categories:
Cookies help us deliver our services. By using our services, you agree to our use of cookies.