From The Sims Wiki, a collaborative database for The Sims series
< Fanon:Amar Newbie
Jump to navigation Jump to search

The following was posted to ModTheSims on May 30, 2017. The original post can be found here.

If you've been following the Amar Newbie page on The Sims Wiki for a while now, you've probably noticed a section titled "Paintings" there. To quote:

Fanon:Amar Newbie as of 30 May 2017
Amar tried his hand at painting "Still Life" images, but found that he was a much better "paintographer" — his self-coined term for someone who paints pictures that look just like pictures taken by a camera. Since Amar is a robot, it is possible for him to take a picture in his mind and then repaint it with stunning accuracy. Amar started with a few paintings for the Newbies, and has since received dozens of requests from other Sims in the neighbourhood to have these paintings done of them.

Amar's done a number of these paintings indeed, and all of them can be found on the linked page. Painting these images is a lot trickier than simply taking a screenshot, slipping the image into the Storytelling folder, and then having them order a photo on the computer, but when I pull it off, they look really nice on the wall indeed. 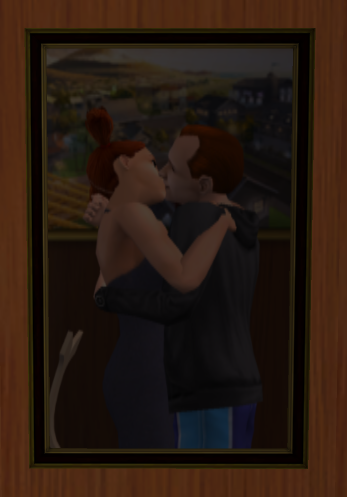 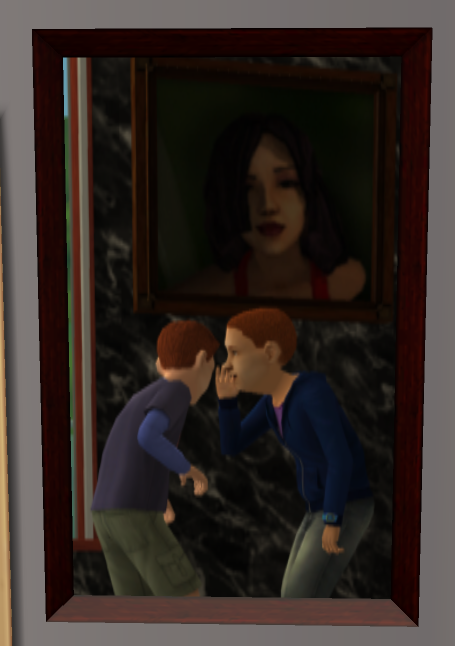 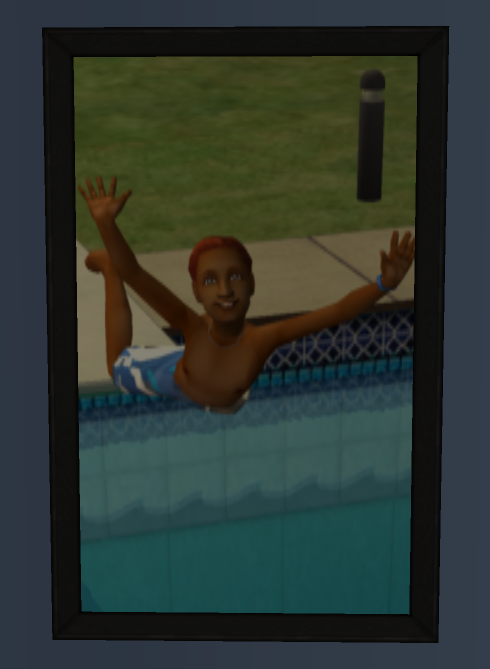 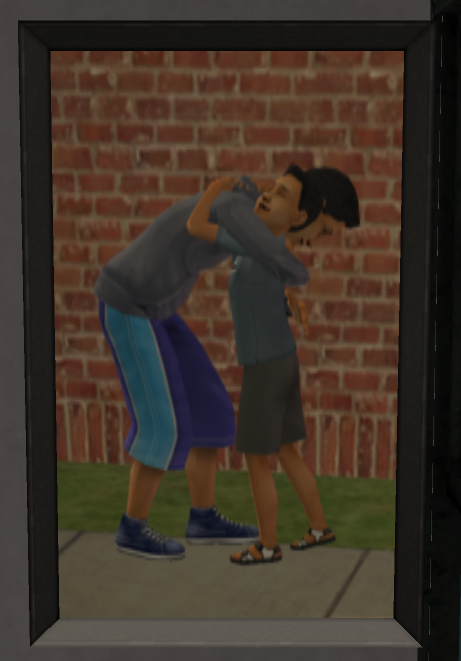 "My Brother, Even When We're Poor" — featuring Simon and Lucas Torres.

Today Amar did a "paintograph" for the Haiders, a family that I'll talk about later. To create one of these famous paintings on another lot, I need cheats to make the magic happen. First, I summon Amar using a Teleporter Cat and then make him selectable using testingcheatsenabled. Then I have him pull out an easel from his inventory and get him set up somewhere on the lot. I then choose the "Paint Still Life" option. 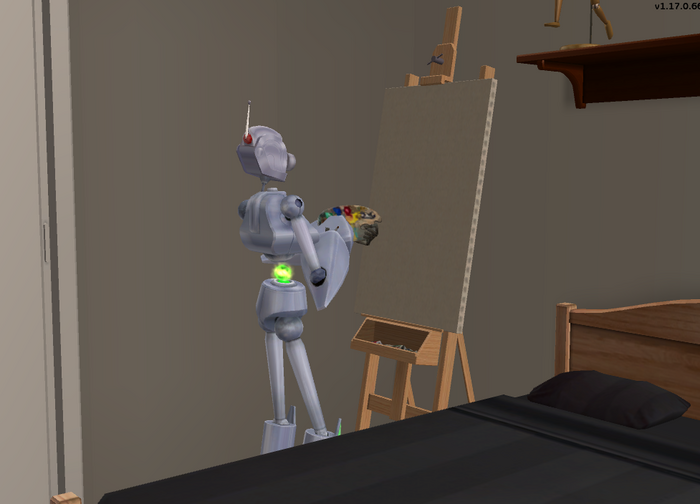 I did some preparation beforehand; today I was doing the Haider's three younger kids. This is the hard part, since Sims are quite prone to just dropping this interaction after you choose a subject for no reason at all. Unpausing the game and moving the camera around seems to increase the likelihood of this happening. Treeag's Freezer Clock comes in handy a lot of the time. 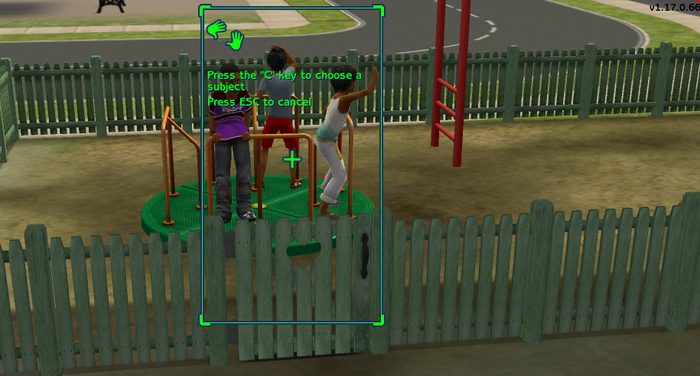 ...and Amar gets painting! Even though the kids are outside and Amar's inside the Haider's small apartment, he can still get the picture!

On a more realistic note, Amar's a robot, so he can simply take a picture in his mind. Now it's just a matter of repainting it using his paintbrush and palette. 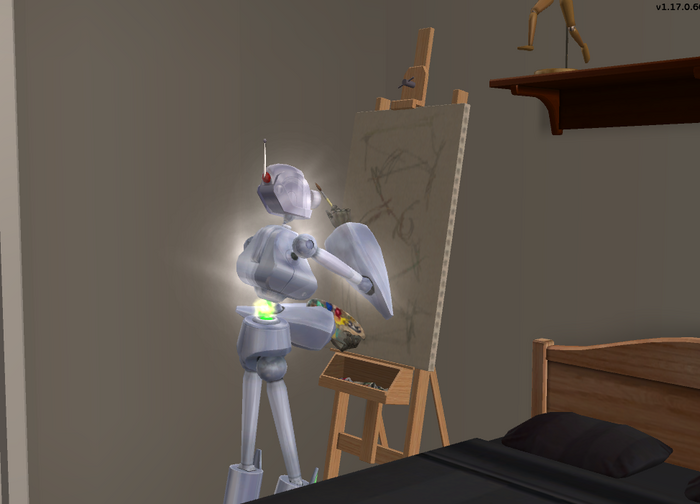 Check in a few hours later. Coming along quite nicely! 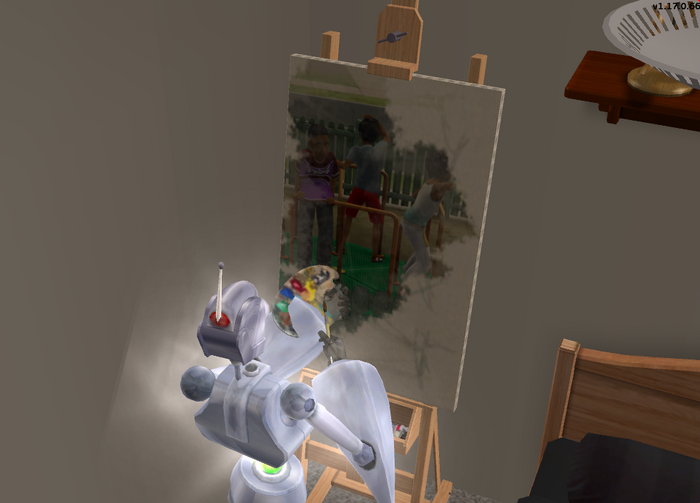 It usually takes even a robot like Amar several hours to complete a painting, but being a Servo, Amar has few needs to worry about, so he can just paint on until it's done! 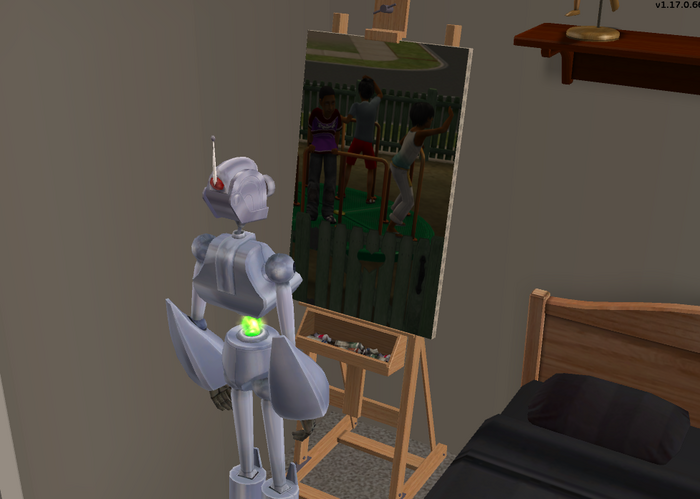 The Haiders hang it up in their small, cramped apartment next to another painting Amar had already done for them. Normally these paintings cost §400 apiece, but the Haiders are poor, and Amar generously lets them have it for only §100. While I'll talk about the Haiders another time, they do place a large emphasis on family, and so these paintings are worth every penny. 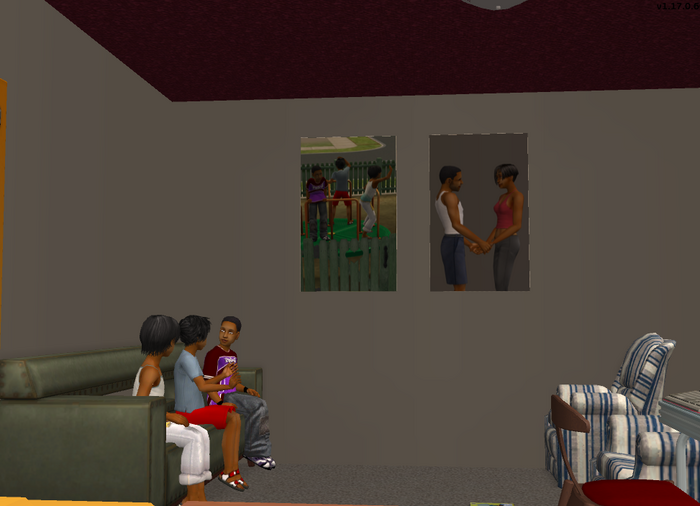