From The Sims Wiki, a collaborative database for The Sims series
< Fanon:Barb family
Jump to navigation Jump to search

The following was posted on ModTheSims on February 7, 2018. The original post can be found here.

Seems like only yesterday my winter semester began for me and already I'm chest-deep in work and stress! I do have reading week in less than a fortnight and I hope to get a proper update out for this fanon then... but for now, I thought I'd go and revisit some of the families I've covered previously and explore how they've changed

Serge rolled a want to work out, which I granted. 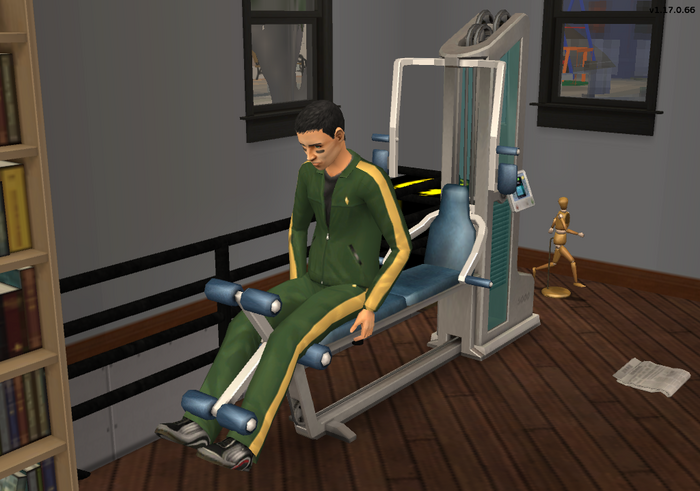 Looks like Count Nery Wood is still pissed at him, for he showed up to his lot... but fled immediately because it was still daytime. 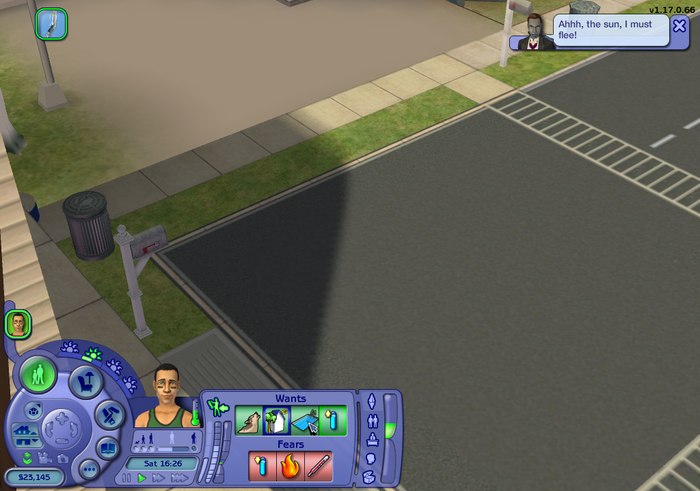 Happened a second time an hour later. This time I managed to catch a picture of him just before he faded out. 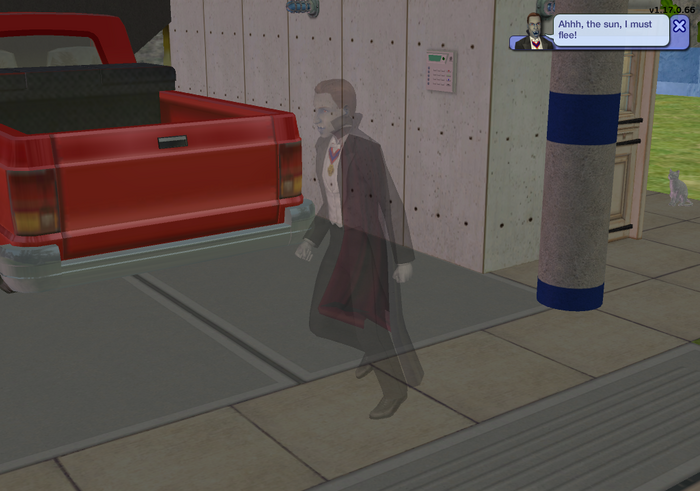 Serge maxed his fitness enthusiasm today! ...But of course, that darned hobby instructor had to intrude. Perhaps he'll challenge him to a round of fisticuffs at a biker bar someday. 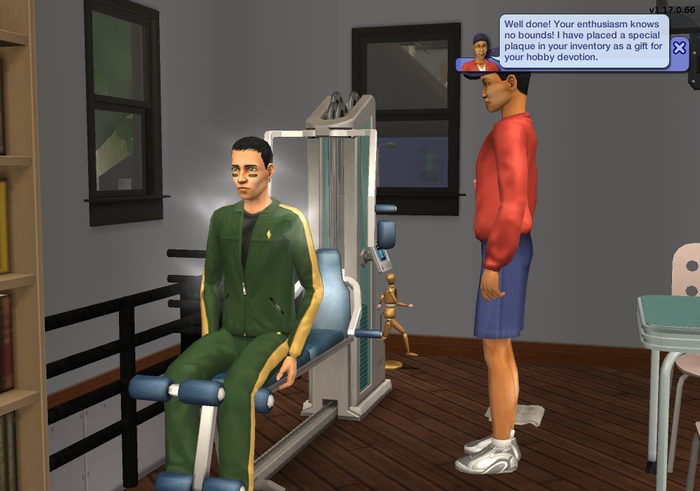 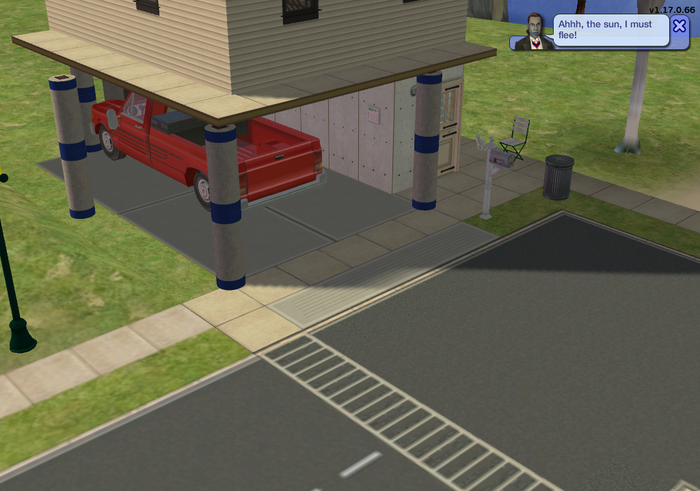 Serge is actually a pretty good cook. Few Sims would dare to ever come to his house for dinner, but even though fighting may be his favourite pastime, it still isn't everything. Tonight he decides to make some salmon. 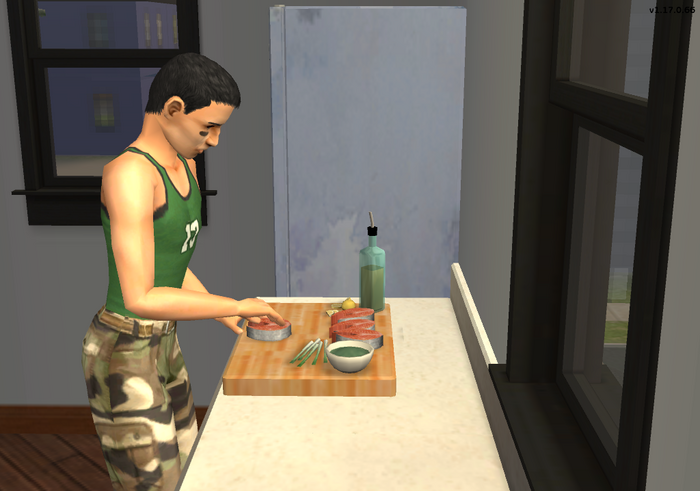 Halfway through the preparation process, Count Nery Wood showed for the fourth time today that he's not smart enough to leave his trash can kicking scheme till after sundown. 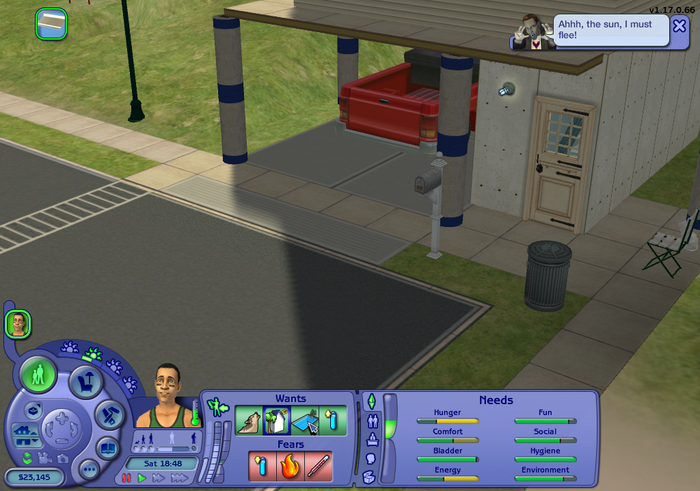 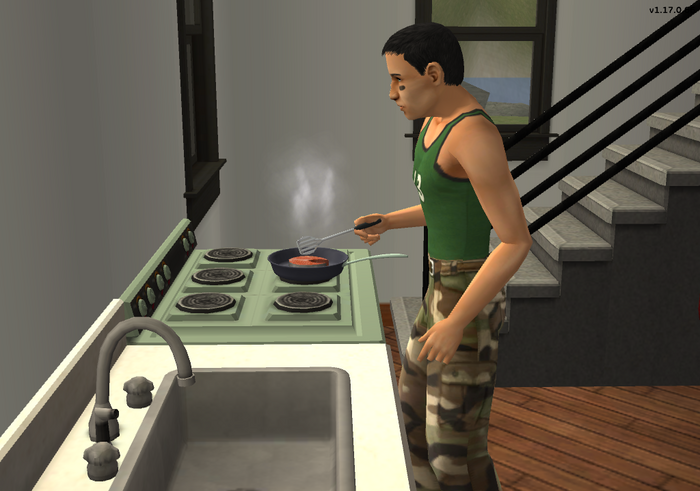 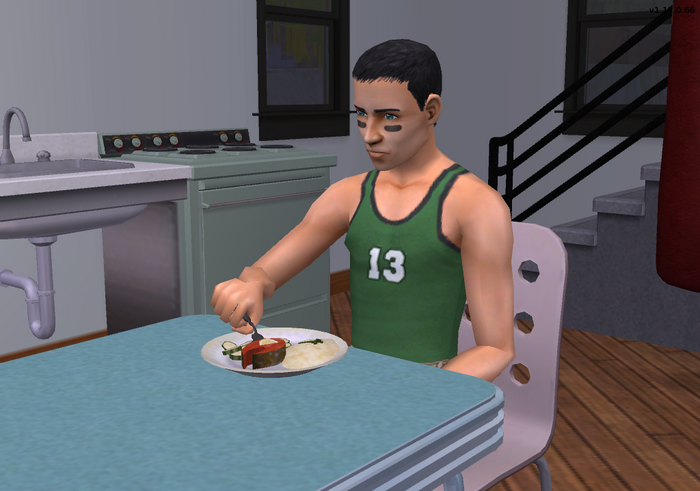 Serge juggles enemies like they're balls, and occasionally a ball here and there slips out of his hands and rolls away. Looks like he has some relational fires that are beginning to cool off, like hot cocoa next to an open window! Maybe he can fix that. 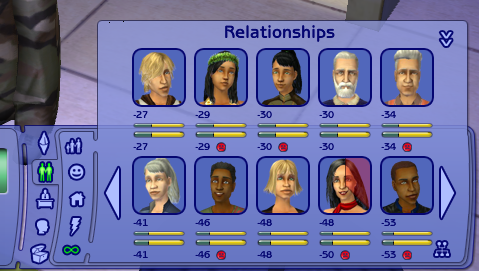 Tonight he's decided to stay in and do something else that he likes doing that pisses the townsfolk off: crank calls! 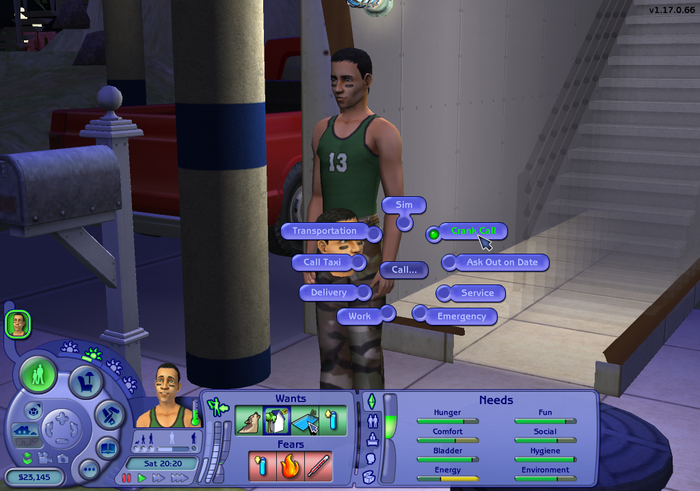 "COME OVER HERE YOU SLIMY LLAMA SNIFFER!!!" he shouts over the phone at Nery Wood. He tried coming onto his lot four times today; surely he'd like to pay a visit now that the sun's gone down. 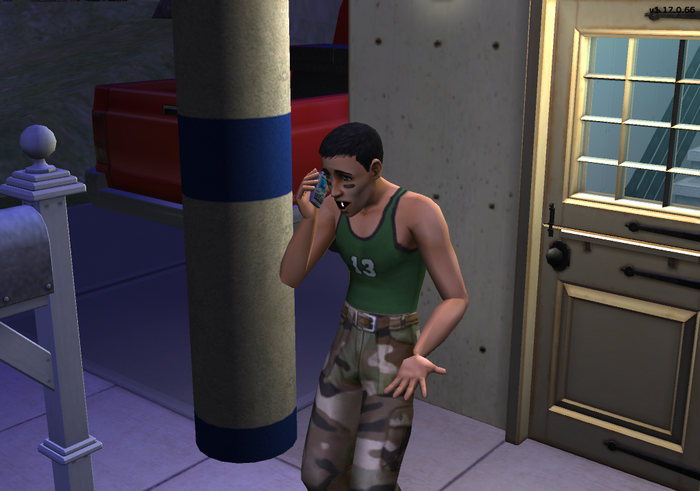 Why not look good for him before he shows up? 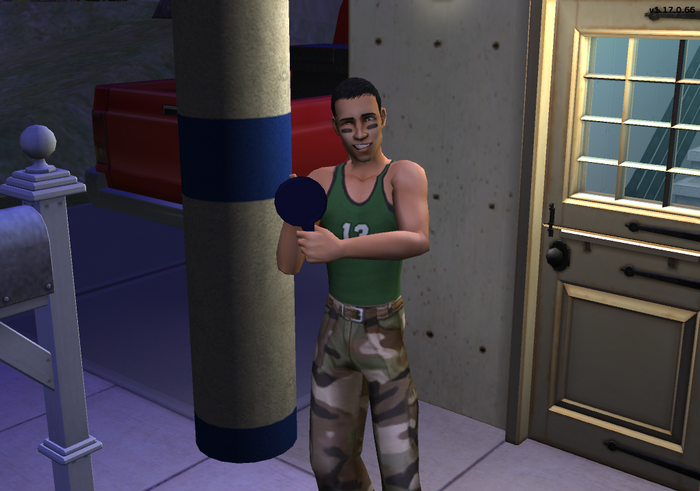 Sometimes, Serge sits and waits patiently for his victims. 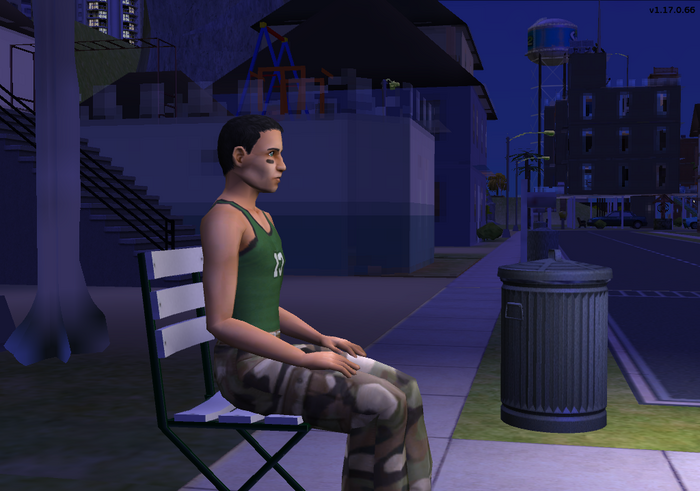 ...and why not primp some more? 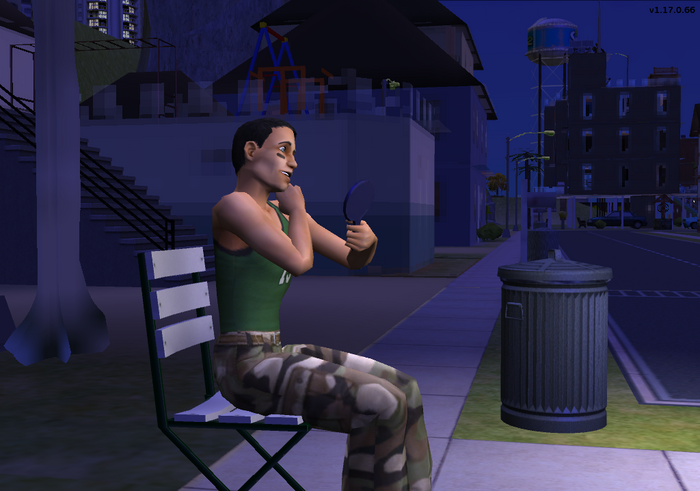 Some pacing back and forth. 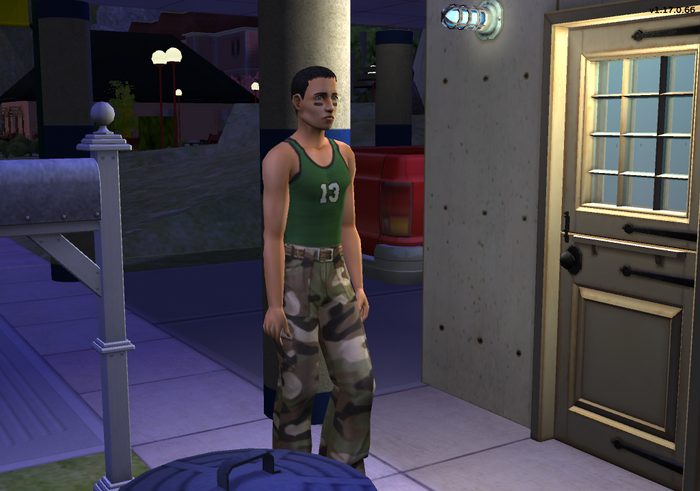 When Nery does not show up, Serge decides to call another Sim... 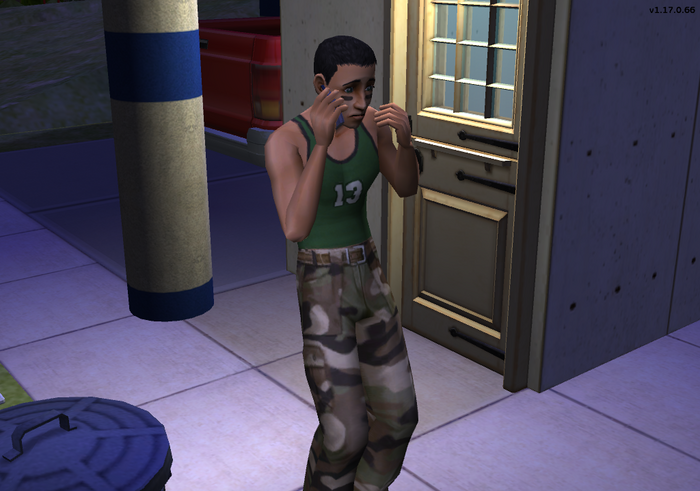 Finally, Armando Cox shows up, and he doesn't look happy! 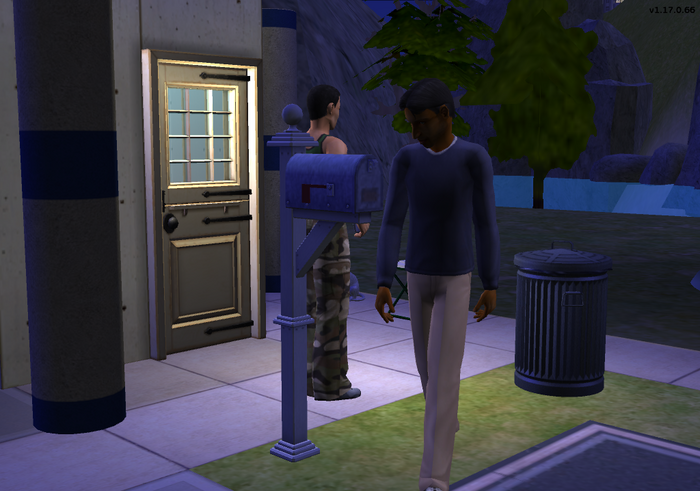 "Well so have you, Armando. You look like a pig." 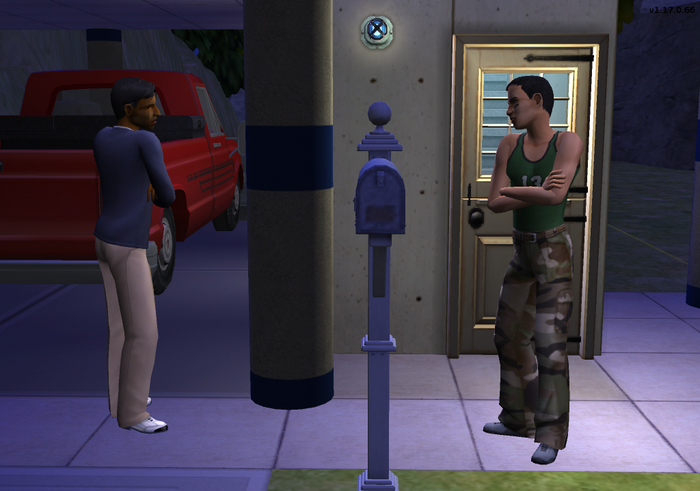 Serge jumps on Armando just as Amanda Carlson shows up. 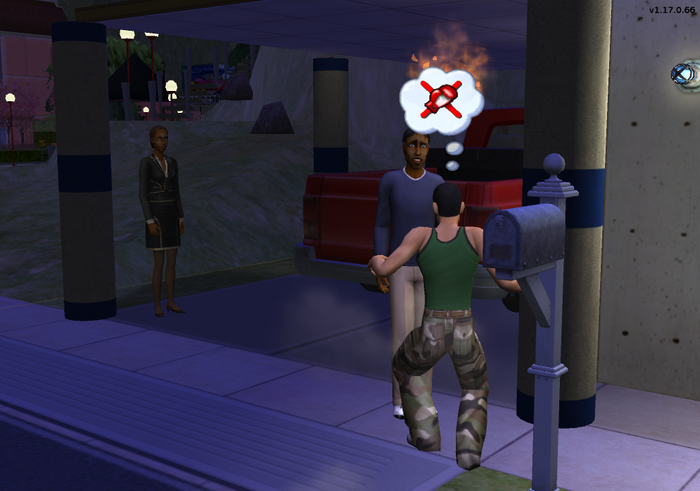 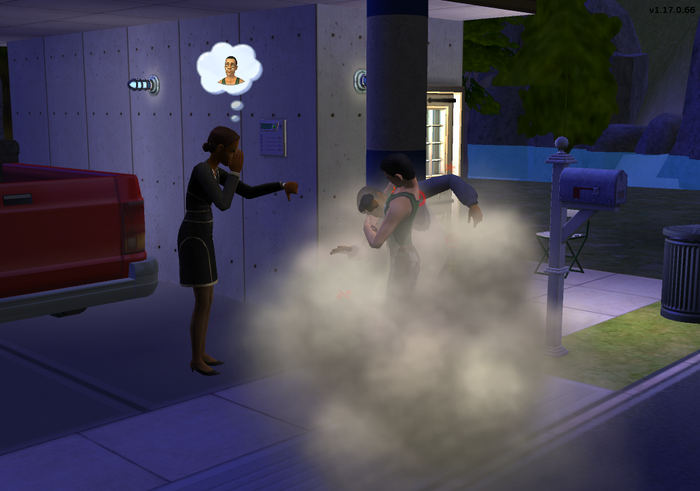 "You think it's just Armando who lost? You're next, Carlson!" 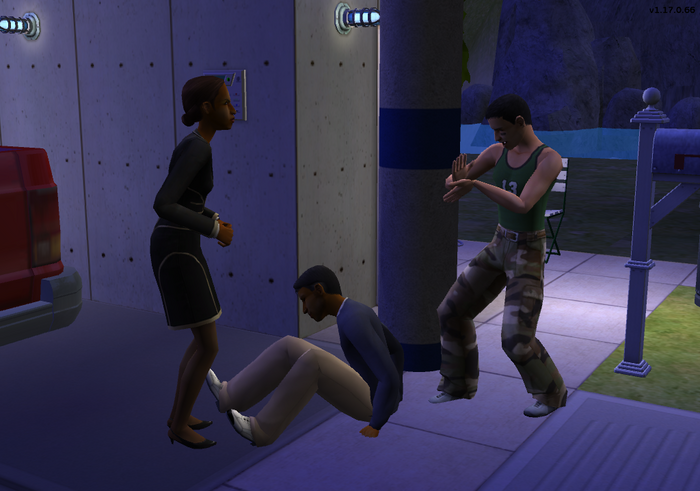 "Hmmph, yeah right Serge. You know, you don't even count. If you disappeared off the face of the earth nobody would care. In fact, there would be a celebration!" 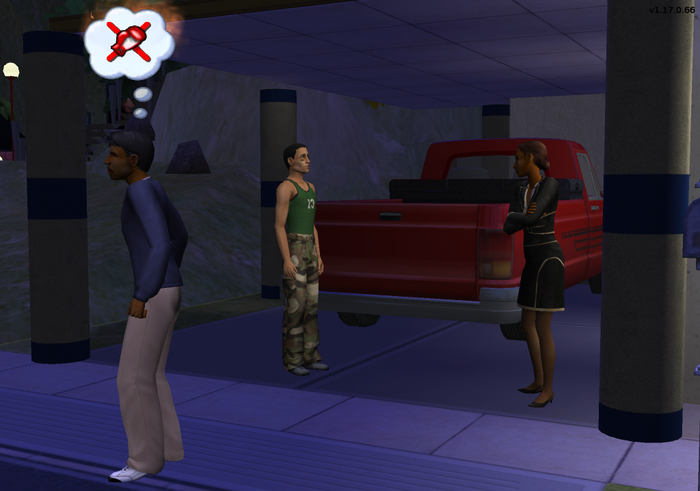 But before Serge gets a chance to properly annoy Amanda, Armando seeks his rematch. 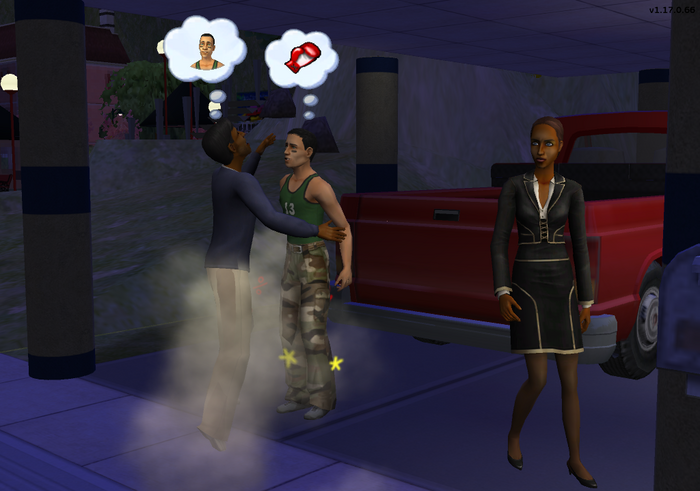 "Stupid, smelly, llama-kissing Serge!! I hope my spitballs hit you in the eyeballs and you need a seeing dog for three weeks!!" 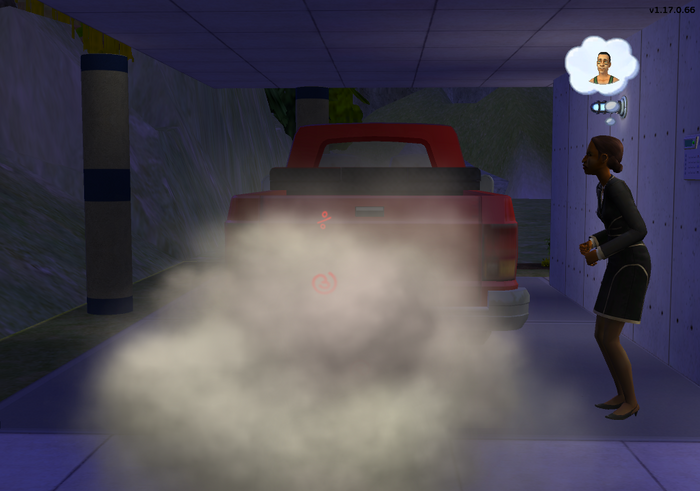 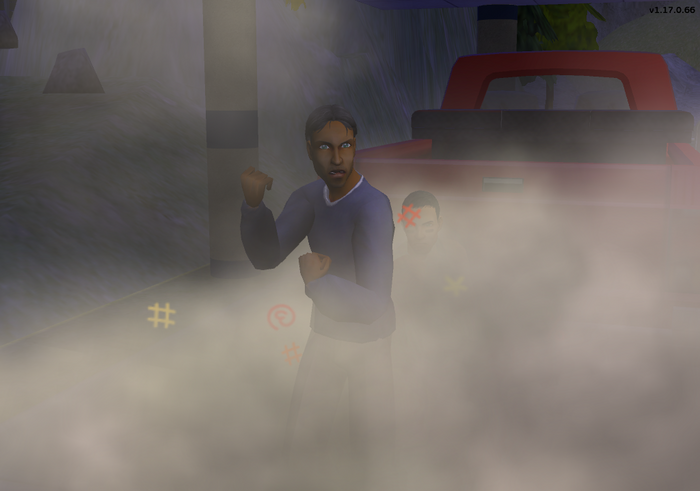 "No one messes with the Barb!" 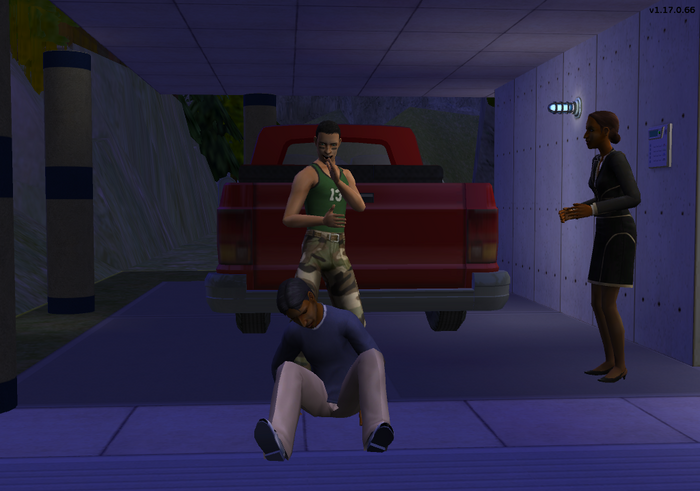 In other news, I recently discovered that you could save camera positions. I tried it out when making this thread and it worked beautifully! Just one of the things I'm learning that's helping me to improve on my Sims 2 picture taking.