From The Sims Wiki, a collaborative database for The Sims series
< Fanon:Logan family
Jump to navigation Jump to search

The following was posted on ModTheSims on May 13, 2019. The original post can be found here.

When Jake woke up at 7AM on Saturday morning, he found the house in a state of disarray. Tucker's pet bed had green whiff clouds emanating from it; the bathroom floor was a watery mess from his two sons and the dog using the shower; and the kitchen was swarming with flies from the dirty dishes and the dried gunk on the counters. 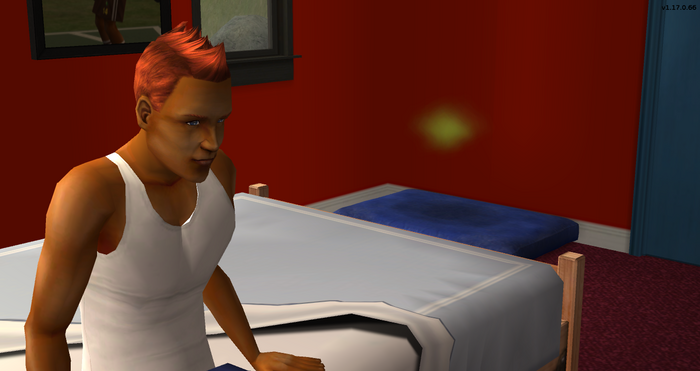 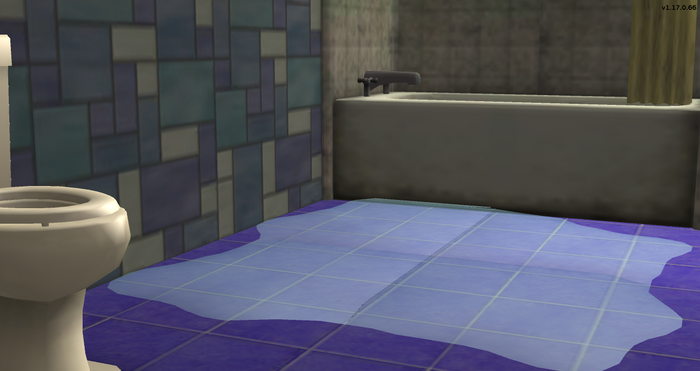 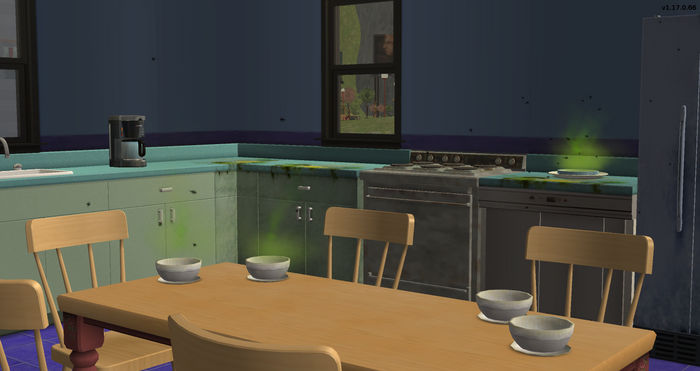 Jake doesn't feel like going to work, but when the carpool arrives, he decided not to risk his job again. 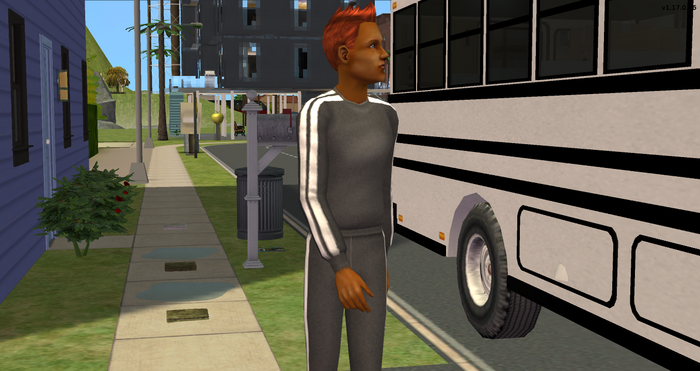 "Alright, dad's gone," Ryan says when the team bus drives off into the distance. "Let's go inside his room and see what's in it!" 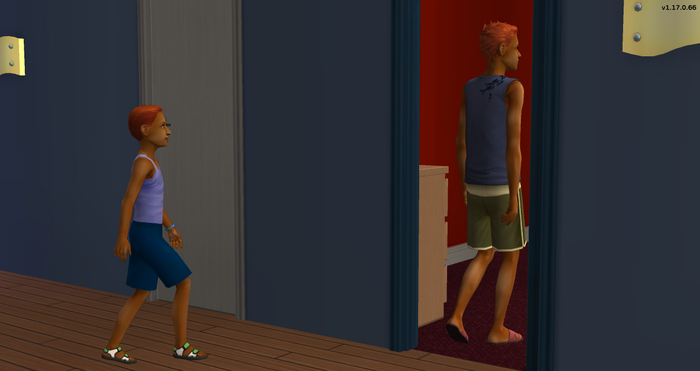 The two dig around in their father's bedroom until Ryan comes across a large stash of magazines. 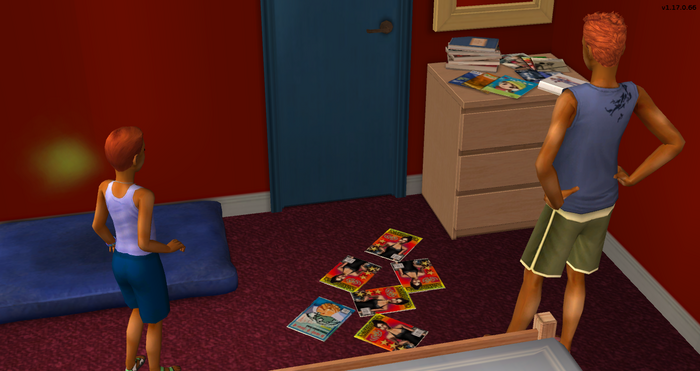 "Eww... what the heck are in these magazines?!" Jordan exclaimed.

"Oh man, I think I know why mom broke up with dad now," Ryan said. "He's been busy looking at these!"

"But what are these?"

"I'll tell you, but don't tell your friends about it, okay? And definitely don't tell dad." 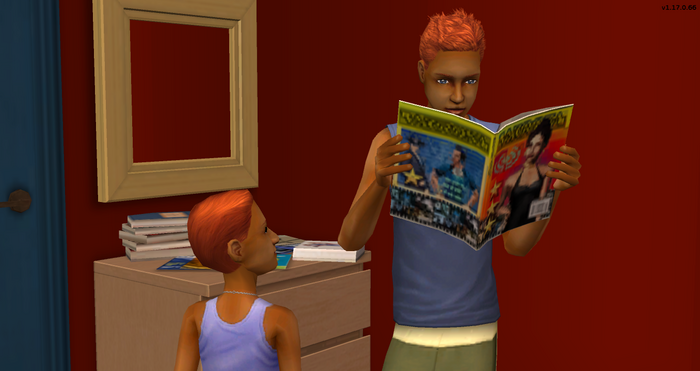 When Jake gets home at 3PM, he takes a look at the filthy kitchen and decided enough was enough. 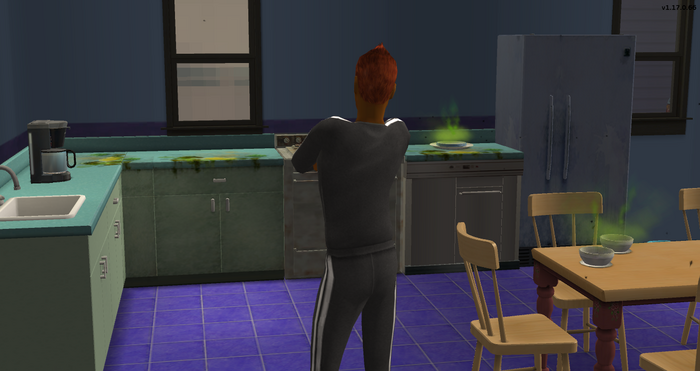 "You two better get your lazy butts moving and clean this damn house before I kick you two out onto the curb to live with the raccoons!!" 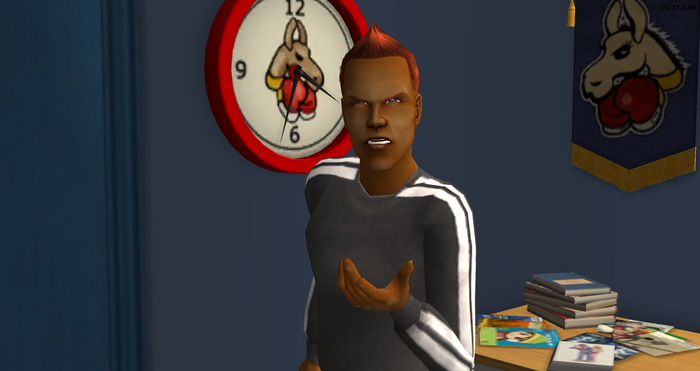 His two sons knew better than to argue. They avoided eye contact with their dad, knowing his secret. 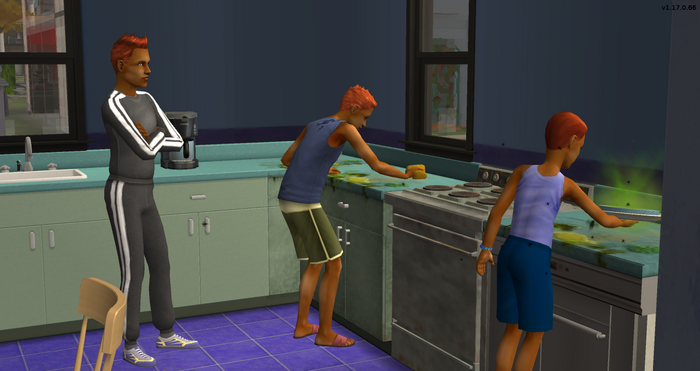 Jake disappears into his room. An hour later, a pizza delivery van arrives. Ryan goes to answer it, but Jake tells him off. He grabs the pizza himself and returns to his room with the entire box. 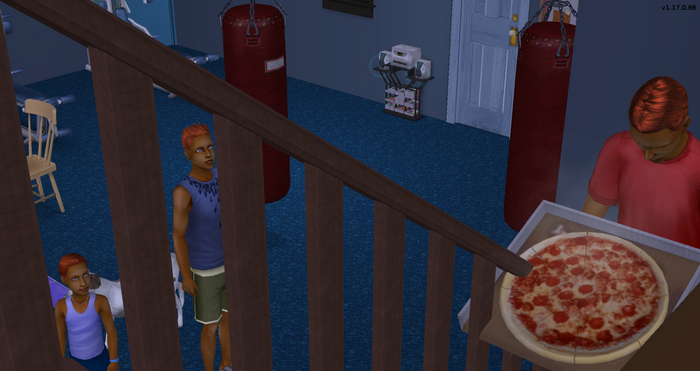 "This is getting really weird..." Jordan whispers.

"Let's get out of here for a bit," Ryan said. They use Ryan's employee discount at Amar's Restaurant to get their evening meal. 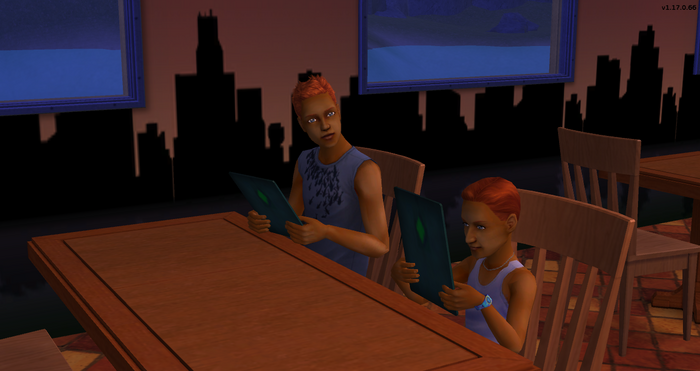 Retrieved from "https://www.thesimswiki.com/w/index.php?title=Fanon:Logan_family/Saturday%27s_shocking_secret&oldid=242147"
Categories:
Hidden category:
Cookies help us deliver our services. By using our services, you agree to our use of cookies.