From The Sims Wiki, a collaborative database for The Sims series
< The Sims Wiki:Community News‎ | 2018
Jump to navigation Jump to search 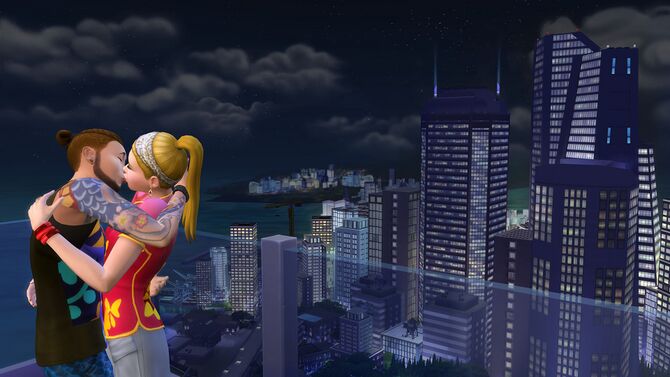 Anyways, welcome to the May edition of The Sims Wiki Community News. Stay tuned to read about...

A discussion regarding fanon

For those who aren't aware, our fanon namespace is the part of our wiki where users can create pages on their custom-made Sims, lots, and worlds/neighborhoods. Unlike our main namespace, which describes canonical subjects in The Sims series that were created by Electronic Arts, our fanon namespace is for user-created stuff, typically of Sims and worlds that people have created entirely themselves. Our fanon namespace was built around this principle that people who create pages for it are describing subjects that they themselves have invented. We also often get canon Sims that are part of a player's playthrough of the game; even though they themselves were not created by the player, their story beyond that of EA's storyline certainly was. In short, the main idea for the fanon namespace was to house player-created original content.

Recently though, we've been seeing a number of fanons being created for stuff that was not created by Electronic Arts, but also weren't created by the user who posted them onto the wiki. In other words, we're seeing some users creating fanon pages for Sims and stories that they have not themselves created. Many of them may have been created after a Simmer uploaded a YouTube video of their Sims, and someone else decided to create a page for them on the wiki. This, however, goes against the purpose of the fanon namespace, which was never intended to be used as an encyclopedia of other people's works. The fanon namespace was intended to be a venue for creativity where authors themselves add content that they themselves created.

This isn't the first time we've actually been through this dilemma, actually. Three years ago we had some users from Mod The Sims who wanted to create a catalog of custom content on the site, and they found our fanon namespace to not quite be what they were looking for. Their solution was to create a new wiki: The Customized Sims Wiki. This is a good solution, because their wiki was geared towards hosting information about other people's content, while The Sims Wiki's fanon namespace is more for things that the author him/herself created.

With other people creating fanons for other people's work recently, however, it is probably a good time as any to bring this back to the discussion board. The forum thread where we are discussing possible solutions to this problem can be found here.

We have definitely been neglecting some of the old community processes that really kept the blood of the community flowing, but we're slowly starting to restart the engines and warm up those arteries again. You may have noticed that we didn't have a featured article from November 2017 up to April 2018. SimDestroyer has been kind enough to help rekindle the flames and placed Goth family as the featured article for the month of May 2018. To ensure that the cadence doesn't fizzle out again, he has already nominated The Sims 4: City Living to be next month's featured article.

Here on The Sims Wiki, we select only the best articles (in terms of readability, the amount of information it contains, and whether or not it is well written and free of errors) we have on the wiki for the featured article position, and we generally select a new one every month. Our articles are selected through votes from the community. To nominate or vote for an article, read the instructions here, and then either make a nomination or vote for an existing one.

Today our Discord server passed 500 members! If you're not part of that 500, then you're missing out on a whole lot! Join today if you haven't already!

If you don't know what Discord is, it's a social communication platform that offers live Internet text chat, voice chat, user profiles, bots, and other cool stuff! Think of it as a really awesome combination of Skype, Teamspeak, and IRC. It's free, easy to get into, and is growing in popularity! You can read our page about Discord here, and you can also visit their website and read about it on Wikipedia. Seriously though, you won't really know how awesome Discord is until you join it, and if you haven't completed all of the readings, that's fine; we won't bite!

By clicking "Connect", you agree to abide by the server rules.

For a few days in April, NotSoBot, one of the most popular bots on Discord, was down indefinitely when its owner and operator got banned from the service. There were also a lot of rumors about his death in a car accident as well, although that has been proven to be false. NotSoBot's operator is now back and he's set up a new instance of the bot, which we have added to the server to replace the old one. This is all behind-the-scenes stuff you shouldn't have to worry about: all you need to know is that we didn't lose NotSoBot.

We also have added one new bot to the server—Miki—who has some pretty cute anime image commands, as well as some cool features, including a currency called "Mekos" that you can gamble away using the bot's gambling commands. Join the server and type >help in any channel she's in to get a list of her commands.

Content moderator SimDestroyer recently joined the server and has confirmed his identity. Say hello to him!

Well then... I don't know where else to say this, but tomorrow (May 2) is my birthday. I turn 20 tomorrow. I did so many things during my teens... and now I'm moving on to a new decade of my life. It's been a good ride, teenaged years... I changed the most during these last ten years. Happy birthday to me, I guess.... *sheds a tear*.