Warning
Since this article deals with rumors and unannounced titles, all statements must have a valid source or they will be deleted. See Help:Cite for information on how to cite your sources properly.

This page is for rumors of future The Sims games and titles.

None at the moment 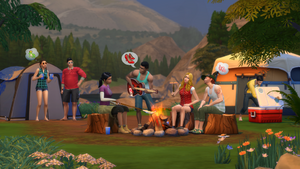 On December 16, 2014, SimsDomination posted a message on Twitter saying that a new paid DLC pack featuring hiking and camping was going to be announced, and that it would feature a new world called Granite Falls.[1] Shortly thereafter, other fansites including SimsVIP, began looking through information contained in a recent game update and concluded that a new game pack was forthcoming, named The Sims 4: Outdoor Retreat.[2] These rumors were seemingly confirmed, though not officially confirmed as of yet, by The Sims' official Twitter account, stating that more information would be forthcoming on Friday, December 19, 2014. The official tweet was also accompanied by a teaser image showing Sims sitting around a campfire in a new world.[3]

A short teaser video was released on December 19, 2014 stating that its release date is planned out to be January 2015.

After the release Patch 17 for The Sims 4, community member "Ti4go" posted a screenshot on Twitter, showing text hidden within the in-game files in Patch 17.[4] The text referring to the new pack is as follows:

Throw a luxurious party and add a touch of style to your Sims' lives with The Sims 4 Luxury Party Stuff.

On May 6, 2015, an announcement and teaser image for Luxury Party Stuff was posted on The Sims' Facebook and Twitter pages.[6]

On May 11, 2016, several Sims fansites reported that a game pack centered around restaurants, called The Sims 4: Dine Out, was included in a The Sims 4 game bundle on a UK retailer's website.[7] The content of the game pack was hinted at in a short teaser video on twitter.[8] 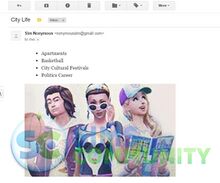 The third expansion pack to The Sims 4 was first hinted at when a Brazilian fansite revealed a maturity rating similar to the ESRB for the game.[9] Sims Community later released a few screenshots that were send to them by someone called "Sim Nonymous" claiming they were "official" depicting different aspects of the expansion.[10] The email that was send to them contained the following features:

All of these leaked features turned out to be true. It was made official when on September 12, the official Sims Twitter account released a teaser for a trailer coming out the next day on September 13.[11]

Pet content was first hinted at in a survey conducted in March 2015.[12] On April 9, a Facebook post hinted towards the idea of a Pets expansion.[13] Shortly after, SimsVIP released a post pointing out the "hints" towards the new expansion in existing game items.[14] 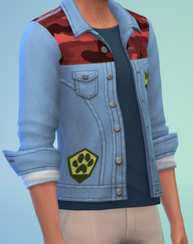 A paw print on a jacket, as seen in The Sims 4: Parenthood

However, besides just 'hints' being found in the game, many lines of code have been found by members of the community inside update files.

These 'leaks' have consisted of

On June 4, 2017 a Slovakian retailer brloh.sk listed for pre-order The Sims 4 Dogs and Cats expansion pack, with an expected release date of November 9, 2017.

Later on, a box art of The Sims 4: Pets was leaked with a render, but it was later confirmed by SimGuruGraham to be fake.

The Sims 4: Cats & Dogs was officially confirmed at Gamescom 2017.

The leak at first seems to be fake as the description found in InstantGaming is a direct copy paste from a thread in the official The Sims Forums, first published in March 15, 2019. Gamesync.nl, however, does not have the same description as InstantGaming, making the credibility of this leak unquestionable.

Retrieved from "https://www.thesimswiki.com/w/index.php?title=The_Sims_game_rumors&oldid=950554"
Categories:
Cookies help us deliver our services. By using our services, you agree to our use of cookies.