Aspir: "to seek to reach," "aspiration," "earnest desire for something above one"

Kimura: Means "tree village" in Japanese ki is tree and mura is village.

Una: in Spanish and Italian, it's the female form of uno, one. It also may sound like a Russian word.

All the family names, combined, may form: "The Maximum Glorious Winner",or "The Gloria of the Maximum Winner" 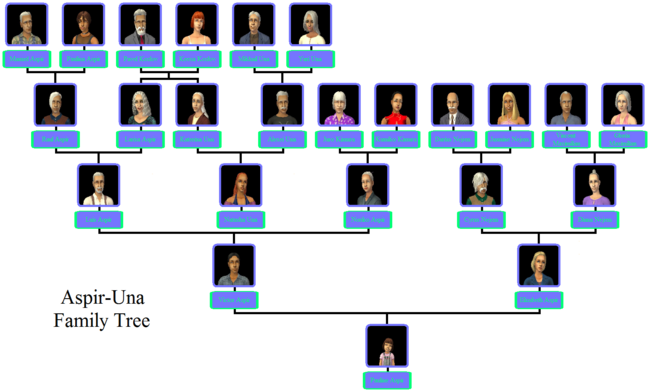