From The Sims Wiki, a collaborative database for The Sims series
(Redirected from Behaviors)
Jump to navigation Jump to search 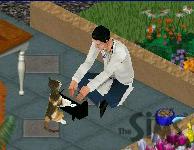 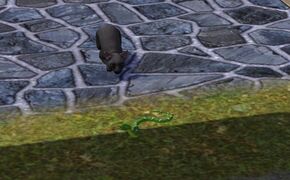 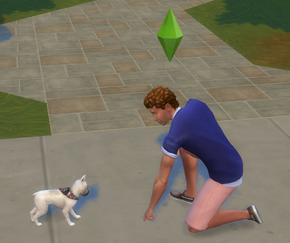 Brent Hecking teaching his dog, Rosie, to Lie Down.

In The Sims 4: Cats & Dogs, pets can be lectured, scolded or praised to influence their behaviors, such as whether they prefer to climb on furniture or use pet beds instead. Dogs (but not cats) can also be taught various commands relating to tricks and other interactions. Learned behaviors are not visible, but commands can be seen through the "Training..." or "Trained Commands..." options when interacting with dogs.