From The Sims Wiki, a collaborative database for The Sims series
(Redirected from Adopt)
Jump to navigation Jump to search

In The Sims 3, a Sim can initiate adoption over the phone. Once adoption is chosen, the Social Worker will arrive on the home lot immediately, but will opt to come back later if there are no young adult, adult, or elder Sims on the home lot. The player will be asked to pick the age and gender of the adoptee. Unless the adoptee was taken away from another household, the player will also get to pick his or her name. The adopted Sim is given the last name of the Sim who made the call. If a baby is adopted, the adoptive parents will get a few days off work. Families are not allowed to adopt for the next five days[confirmation needed] if the Social Worker has previously taken away anyone in their household. Also, if the adopter has a memory[TS3:G] of having a child taken away from them, they will not be allowed to adopt. 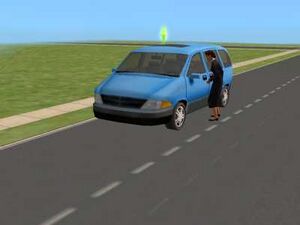