From The Sims Wiki, a collaborative database for The Sims series
< Fanon:Walker family
Jump to navigation Jump to search

The following was posted to ModTheSims on May 8, 2019. The original post can be found here.

Mitchell had to work late today. For some reason, nearby Jewell's County saw a massive death wave and he was made to work overtime writing nice stuff about the deceased. There were leftovers in the fridge and Mike surely got the text and put himself to bed on his own, so hopefully things were okay while he was gone. 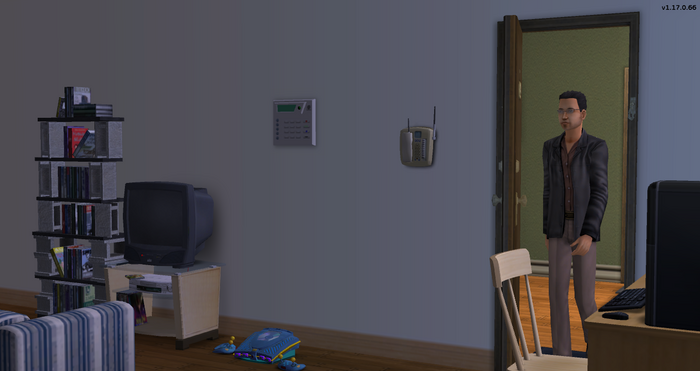 He cracked the door to Mike's bedroom open a smidge. His son was sound asleep, so at least he went to bed. It was 11pm, however, so who knows how late he stayed up until. Mitchell decides not to press him on that. He quietly closes the bedroom door, the springs in the doorknob creaking ever so slightly. 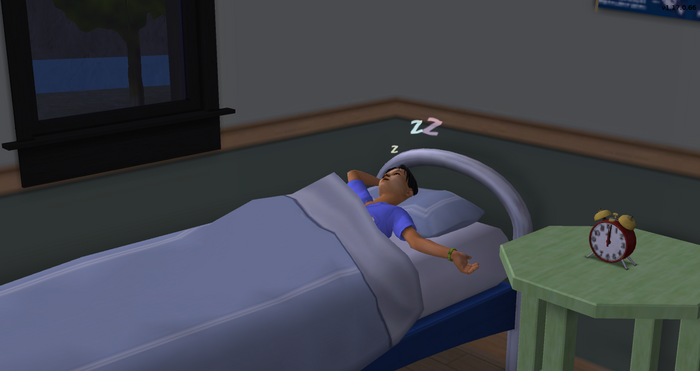 Mitchell seats himself in front of his computer. He sometimes wishes he could be a better father for Mike. If only his wife were still here. He stares at the blank computer screen for a bit, then turns the computer on. It's getting late, and he still has to work tomorrow, but for some reason he doesn't feel like sleeping just yet. He starts up his word processing program and looks at his unfinished novel. He hadn't touched it in a week. His night owl self was kicking in, though. He sets down a single letter onto the page. 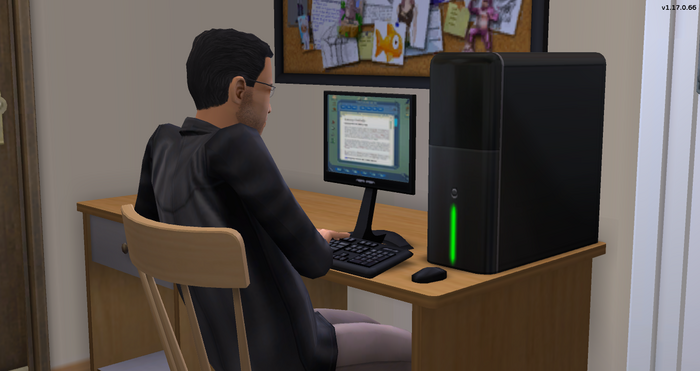 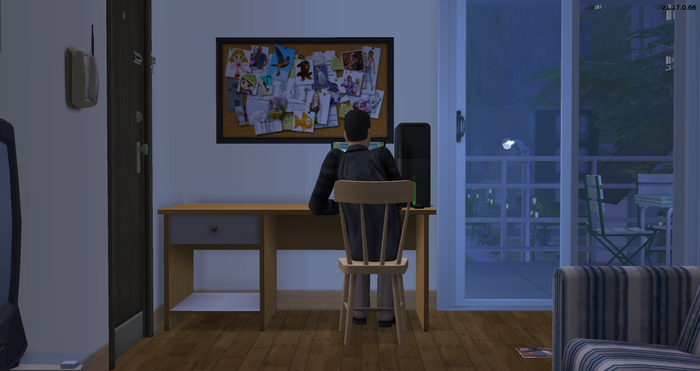 When Mike wakes up the next morning, he's surprised to find his dad passed out on the couch instead of in bed. "You alright, dad?" he asks, and Mitchell wakes up, rubbing his eyes. "Yeah, I'm fine. Just beat writer's block last night." 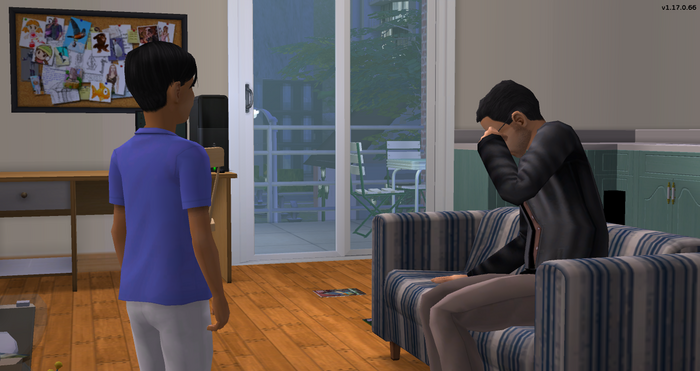 He had never thought of himself that way, but maybe he really was a night owl. His writing well was dry again this morning. Every time he lowered the bucket, he brought up nothing but air. 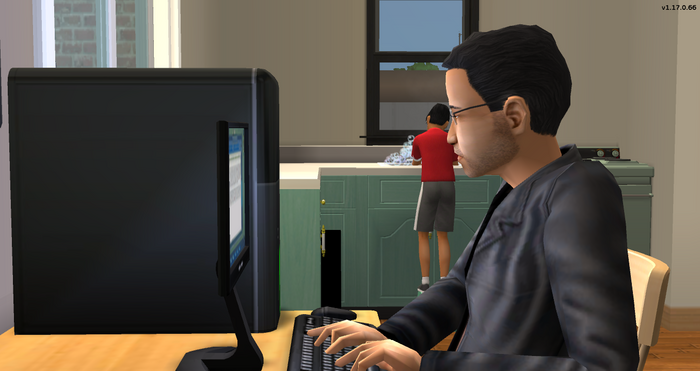 Mike brought home the Urban twins after school. He's been getting to know the two really well, and he admires the two of them a lot. They get along like two hands and two feet, two eyes and two ears. It's almost as if the two just naturally like each other. 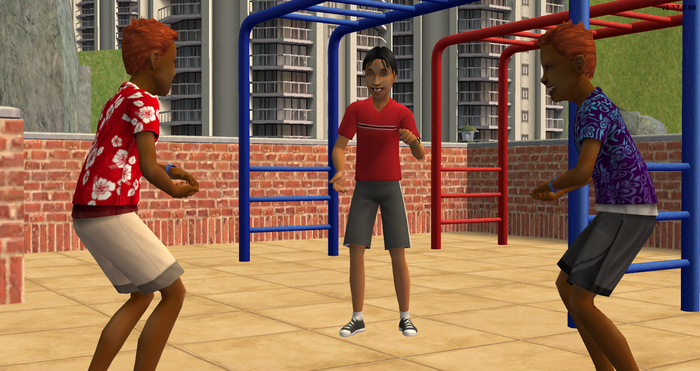 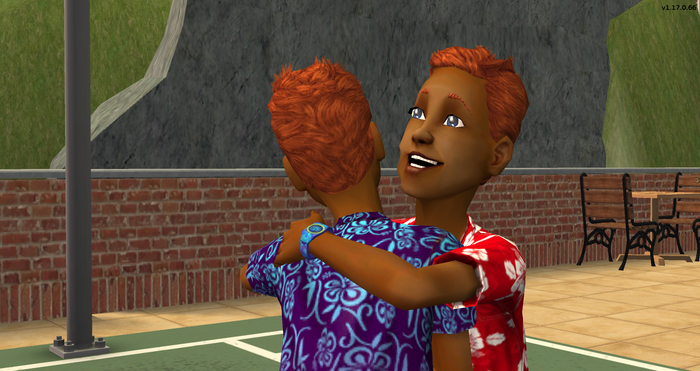 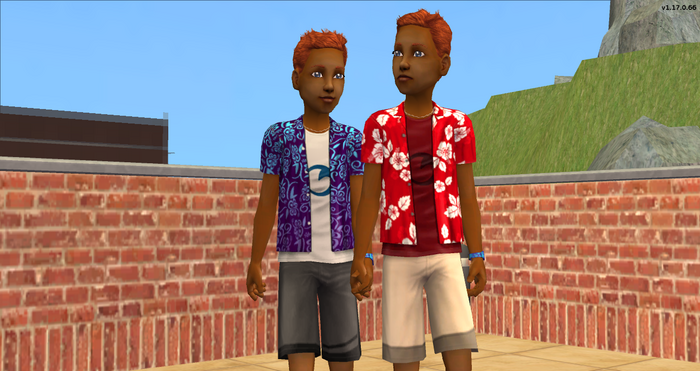 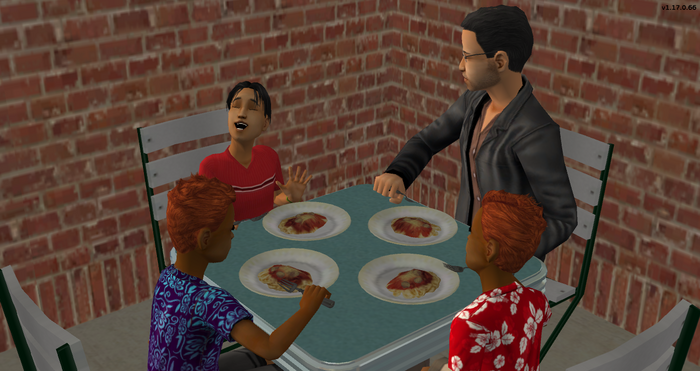 The three go off to do something that Mitchell doesn't see. He's at the computer again, though his well is still empty. Maybe it's still too early for those creative juices to start flowing. While he's mindlessly browsing the web for random garbage, Mike returns. The twins had already gone home as it was getting late. "Dad?" he asks. "Can we talk for a bit?" 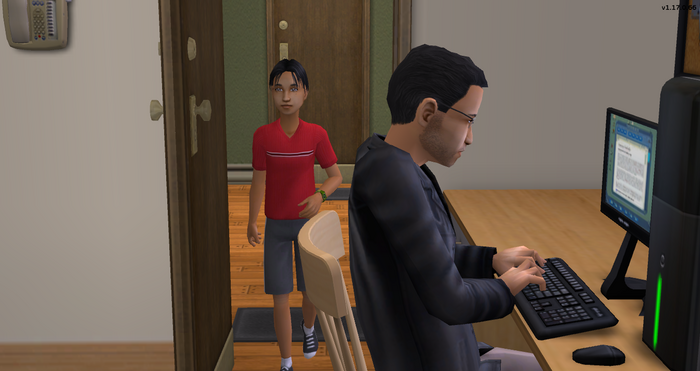 "I want a sibling," Mike explained when the two were seated.

"What makes you want that?" Mitchell asked. 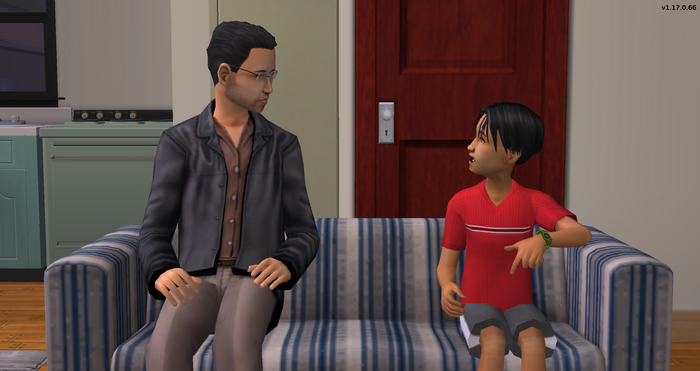 "C'mon, Mike... you know you have me. I know I have work and all, but at the very least I'm home in the evenings. I know yesterday was unfortunate, but for the most part I'm here!"

"Yeah, but, it's not the same. It can't be the same. You're my dad. You're not a kid like me. If I had a brother or a sister that was a kid like me, it would be different. It would be like all the other kids around here that have siblings, which is basically everyone except me." 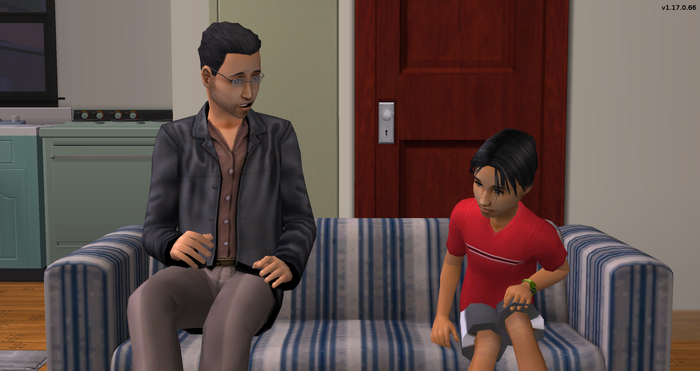 Later in bed, Mitchell really does wonder if he's falling short of being a great dad. His son wants something that he can't give. What was he supposed to do about that? 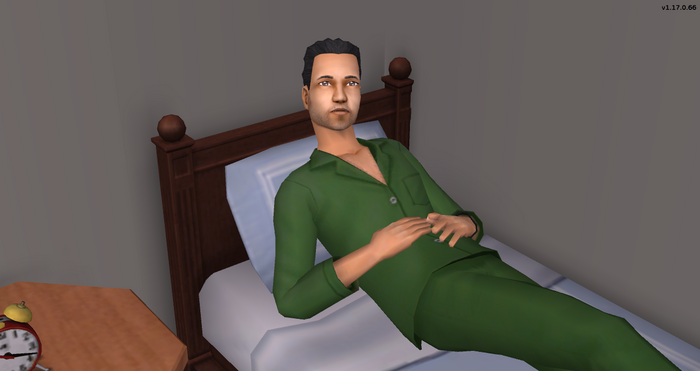 Retrieved from "https://www.thesimswiki.com/w/index.php?title=Fanon:Walker_family/Friday_fraternal_friendships&oldid=241668"
Categories:
Hidden category:
Cookies help us deliver our services. By using our services, you agree to our use of cookies.