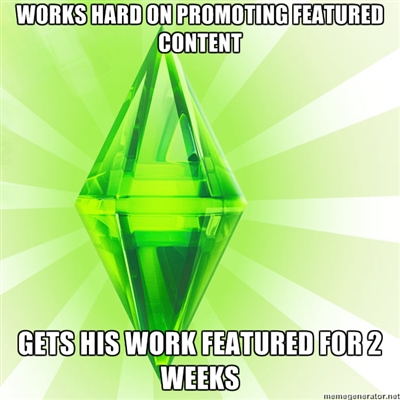 Because Frustration of having one's content for only 3 weeks is enough for this. (Compared to least a month for everyone else) I guess being the featured author for 3 months (given the lack of updates) will have to do to swallow this small disappointment.

We needs replacement link. This time, safe for children

You are already watching this video

The only proper response for those who respond Darude - Sandstorm

Featured Author
This user was selected as a Featured Author on The Sims Wiki for November 2011. This user has shown great skill in creating fanon, and is one of the best writers on the wiki.

Thought of the Day (with Ecclesiarchal Seal of Approval)[edit source]

Burn the lovers, Kill the sexualizers, Purge the rationalizers.

The meek shall inherit the earth, but not the initiative to change things.

Ignorance is bliss. Knowledge is power.

Greetings to ye, Chrestes! I am Mathetesalexandrou, arguably the most BSI user in this wiki. I hail from the land of Cloud Bunny Land, where rabbits reign, empiricism rules and libertarianism flunks. Hail and sacrifice must go to the most glorious mod in the history of gaming world, Europa Barbarorum, because that's the one thing that made me the user that I am, loading up my fanons with good Greek stuff and making me probably the first user here to attempt to have a userpage written in Ancient Greek (which will probably result in a huge fail due to the likely lack of peer review). The username Mathetesalexandrou is derived from the phrase "Μαθητής του Αλεξάνδρου" meaning the disciple of Alexandros. If you don't know which Alexandros I'm referring to... I recommend cutting down on MTV or worthless sitcoms in teen channels and watch real shows. I recommend Time Commanders and Decisive Battles.

FLAT CHEST FIX ALL THE FLAWS! BIG BOOBS NEED TO BE UPGRADED INTO FLAT CHEST! IPODZEKE COME ON PLZ MAKE FLAT CHEST SIMS FOR ONCE

Gnomes for the Gnome God! Life Fruits for the Nectar Throne!

Political Ideology: Grown much more liberal socially these days. Solid left on economics. And especially NO AYN RAND. I'm sorry, but from the history that I see, I seriously believe that government does have a significant role to play in economics... Well, asides from subsidies and tax breaks that feed corporate profits, that is. I seriously want another R&D project that is as successful as NASA has been, that is for sure. For a favorite political figure, I'd say I like people from both spectrum: For one, I am a huge fan of Bernie Sanders and Noam Chomsky.

There are 3 great Ms of the fanon: Monasticism, Mercantilism, and Militarism.

And for the lulz (and Dennis Ritchie)

I iz also an admin on the Korean Sims Wiki, but then there are only two contributors and I am lazy as heck so not much progress is made.

I also want to help Twallan have his baby given his magnanimity in releasing the source code for NRaaS and Core mod. Only If I was diligent and skilled enough to read I could create my dream pack

As a personal sidenote, I am an supporter of the concept of the Dunning-Kruger effect.

I am NEET no moar

To Do List[edit source]

"Love is a madness" - Platon

"Only in death does duty end" - Warhammer 40k, Imperial thought of the day

"Patriotism is the last resort of a scoundrel" - Samuel Johnson

"For me, every good foreigner is a Greek and every bad Greek is worse than a Barbarian" - The Oath of Megas Alexandros

"Keep polluting science, swine, and your #@%#$ (gluteus maximus) is mine, sunshine." - Thunderf00t on HowTheWorldWorks.

He (i.e. Heinlein) always pictured himself a libertarian, which to my way of thinking means "I want the liberty to grow rich and you can have the liberty to starve".It's easy to believe that no one should depend on society for help when you yourself happen not to need such help. - Isaac Asimov on Heinlein, italics for emphasis on my part

I don't care about the "freedom" to not have healthcare, I care about the freedom to take time off from work to nurse your baby without you getting fired, and the freedom to pursue things in life even when you're disabled, sick, or poor. - Soltheron on reddit regarding libertarianism. Related to Asimov's quote.

In markets where freedom of choice is hampered by inadequate information, or where rational choice requires extraordinary expertise, there is no acceptable alternative to government regulation. Contrary to libertarian preachments, it would be imprudent to expect an air traveler to do research required to avoid unsafe airlines, or for the automobile buyer to find out which cars are affected with rear-wheel lockup, or for the pregnant woman to conduct chemical tests to avoid drugs which may kill or deform her unborn child. Here social regulation is imperative, either by providing indispensable information to consumers or by prohibiting hazardous products outright. Here the privilege of free choice in a free market is the freedom to play Russian roulette with health and safety, and to impose the cost of death or injury on families or society. - Walter Adams and James Brock in The Bigness Complex (1986)

In a world torn by every kind of fundamentalism -- religious, ethnic, nationalist and tribal -- we must grant first place to economic fundamentalism, with its religious conviction that the market, left to its own devices, is capable of resolving all our problems. This faith has its own ayatollahs. Its church is neo-liberalism; its creed is profit; its prayers are for monopolies." - Carlos Fuentes, World Press Review (Nov. '95) p. 47

"It didn't happen before, but it'll totally happen now. We can trust companies because they're not the government." - By alphashadow regarding libertarian fantasy of free market eliminating corporate abuses

"Absent the State, the Market will always ensure that the maintenance of one's reputation will override any malignant fluttering notion to scam the "expletive" out of one's neighbors. Obviously." - From someone on Facebook

""Phony contracts and double standards" is exactly why "violence is bad" is a meaningless sentiment. Not everyone is a moral person who engages in rational self-interest. We plan for what the world is, not what we wish it were. If humans undergo a mental and social evolution hundreds of years from now that makes it unthinkable to poison a region's groundwater for generations just for a few quick million dollars of profit, then maybe libertarianism will make sense then. It surely doesn't now." by DaystarEld on reddit about the libertarian fantasy

Sim last in Play before rebooting Dusk of Opposition

Fanon simz from other people

Err... I don't really dig into stories of other people, and I for one don't really give much attention to the cooperative fanons. If there was one that I liked, it would be Our Relationship, with them Uncyclopedia-style crossings (Uncyclopedia a thing that I sucked horribly at)

The Sims games I own[edit source]

Ahh, lolwut, you say? Hmm, shall I say it in latin? Amici! 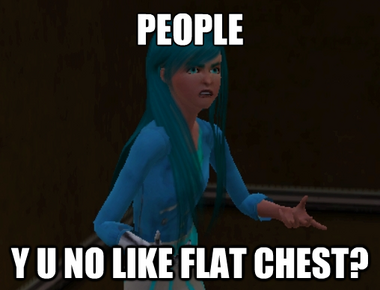 Retrieved from "https://www.thesimswiki.com/w/index.php?title=User:Mathetesalexandrou&oldid=618279"
Categories:
Hidden categories:
Cookies help us deliver our services. By using our services, you agree to our use of cookies.