Snob is a social trait in The Sims 3. It conflicts with the easily impressed trait.

Snobs are very hard to impress though they love hearing about themselves and will never turn down a compliment. They dream of owning only the finest things and being associated with the highest echelon of neighborhood Sims. 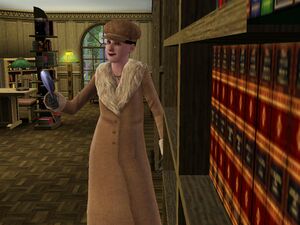 Retrieved from "https://www.thesimswiki.com/w/index.php?title=Snob_(The_Sims_3)&oldid=948202"
Categories:
Cookies help us deliver our services. By using our services, you agree to our use of cookies.